Home Entertainment My Parents Were Very Strict, They Never Used To Give Us Money...
Facebook
Twitter
WhatsApp 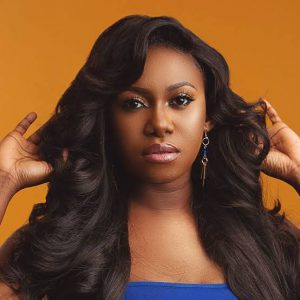 Nigerian singer and performer, Niniola Apata, has revealed that her parents were very strict to her and her siblings while they were growing up.

The ‘Addicted’ crooner disclosed this in a recent Pulse Fun Facts episode.

According to the Grammy-nominated performing artist, her parents were so strict to the point that they never gave her and her siblings cash to spend on whatever they wanted.

The Project Fame West Africa season six third runner-up also disclosed that they were not allowed to watch television.

Read Also: ‘I Love You All’ – Singer Niniola Tells Fans

However, the Afro-house diva named Dolly Parton, King Sunny Ade, and Angelique Kidjo as her favourite  musicians while growing up.