Home News Feed ‘My Wife Gave Me Permission To Cheat As Long As I Don’t...
Facebook
Twitter
WhatsApp

A married man has sparked controversy with his recent post on the popular social media platform, Twitter.

According to him, his wife has given him the approval to cheat on her and he made this known as he reacted to veteran actor, Pete Edochie’s advice that married women with cheating husbands should supply their husbands with condoms.

The veteran actor in his submission said;

“Solomon had 1000 wives and 700 concubines. If a man decides to take many more wives, what are you going to do? Nothing. If you think your husband is going out to have an affair, put a packet of condoms in his bag. When he sees it, he’ll know you have his interest at heart.”

Read what the man said in his reaction as well as some subsequent comments from other Twitter users below; 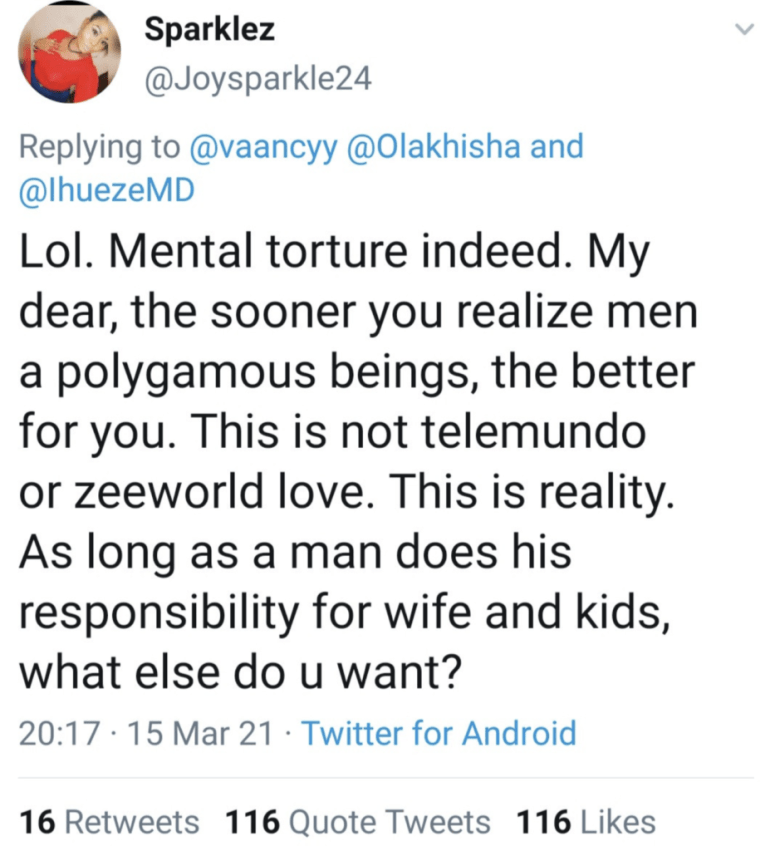 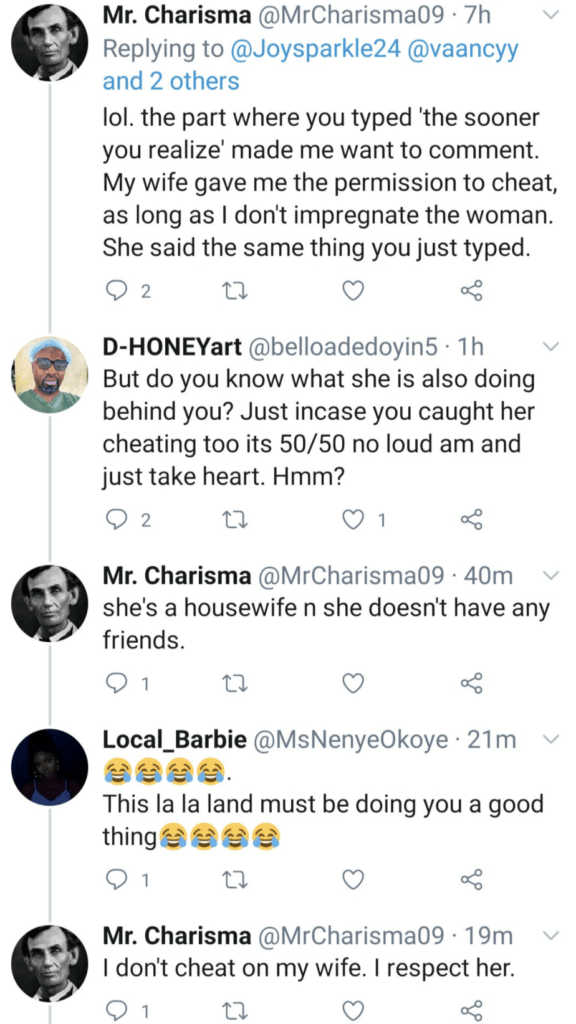