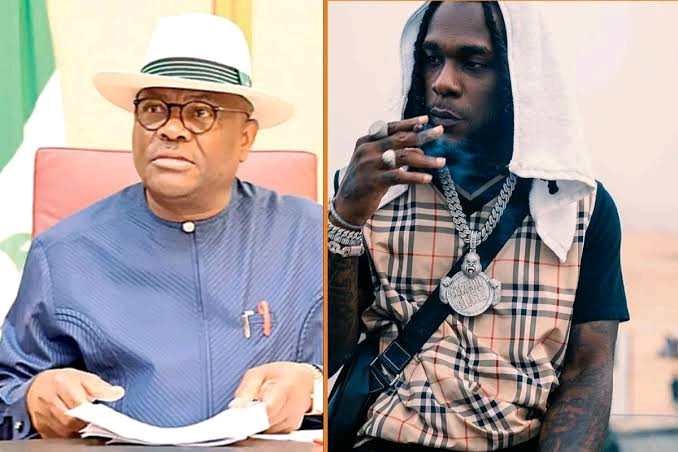 The homecoming ceremony held in honor of Nigerian singer, Burna Boy by the governor of his state of origin, Nyesom Wike has become a trending topic on Twitter.

The gifts showered on the recent Grammy award winner has also generated a lot of buzz.

Nigerian Twitter users have shared their different opinions. One of such is that the ‘Odogwu’ crooner has been paying lip service to his activism by accepting the gifts showered on him after making songs criticizing the government for corruption and police brutality.

Another is that the singer has failed to live up to the legacy of his alleged mentor, Fela Anikulapo-Kuti by fraternizing with politicians. 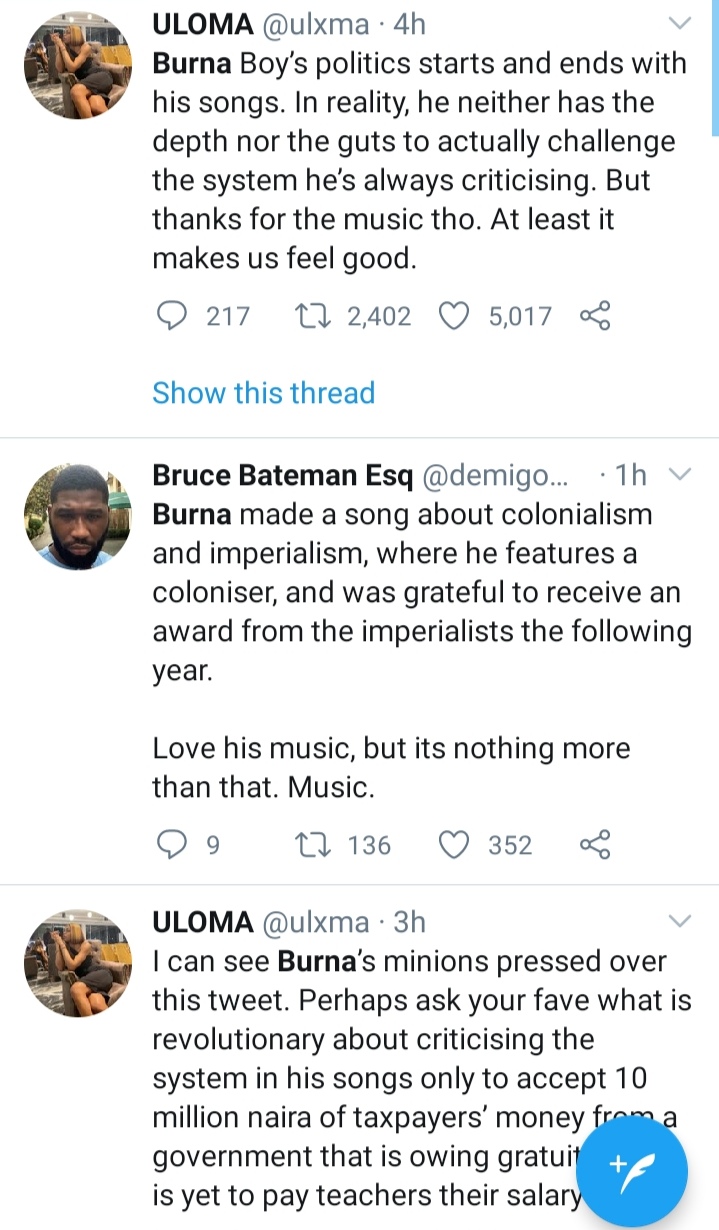 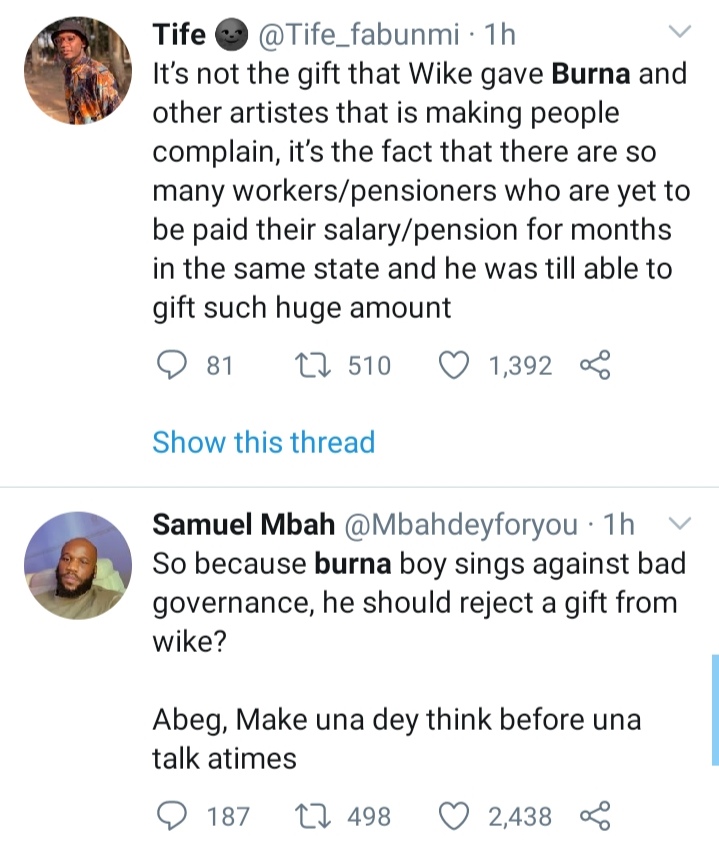 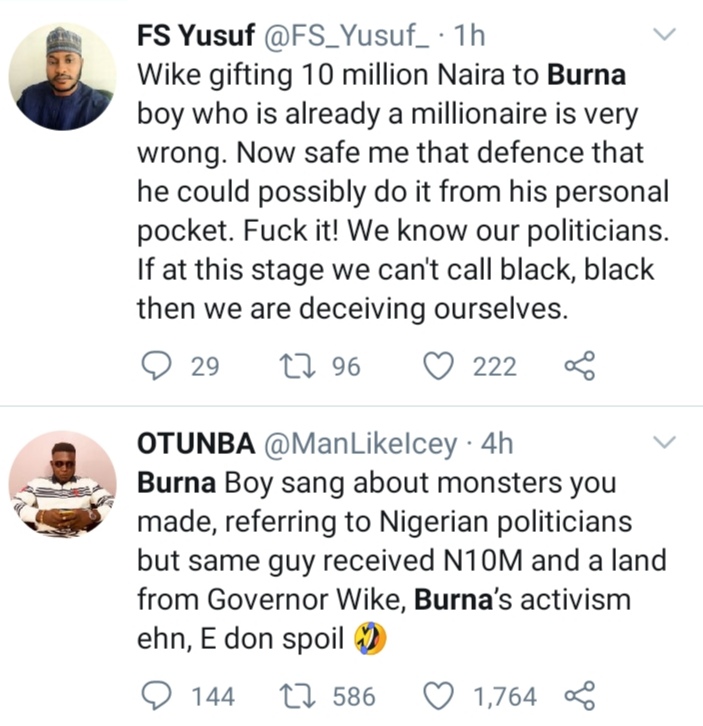