Taking to his Instagram Stories, the radio personality accused the journalists of lack of professionalism. He further noted that they have been deliberately asking the veteran star actor questions pertaining to marriage and family just to set him up for public ridicule.

The seasoned radio show host also added that the veteran being asked questions on “modern-day sensitivities” by journalists is a disgrace to journalism because it is already common knowledge that people from the veteran actor’s generation who are approaching their 80s have a certain mindset regarding such issues and should not be put on the spot.

See his series of posts below: 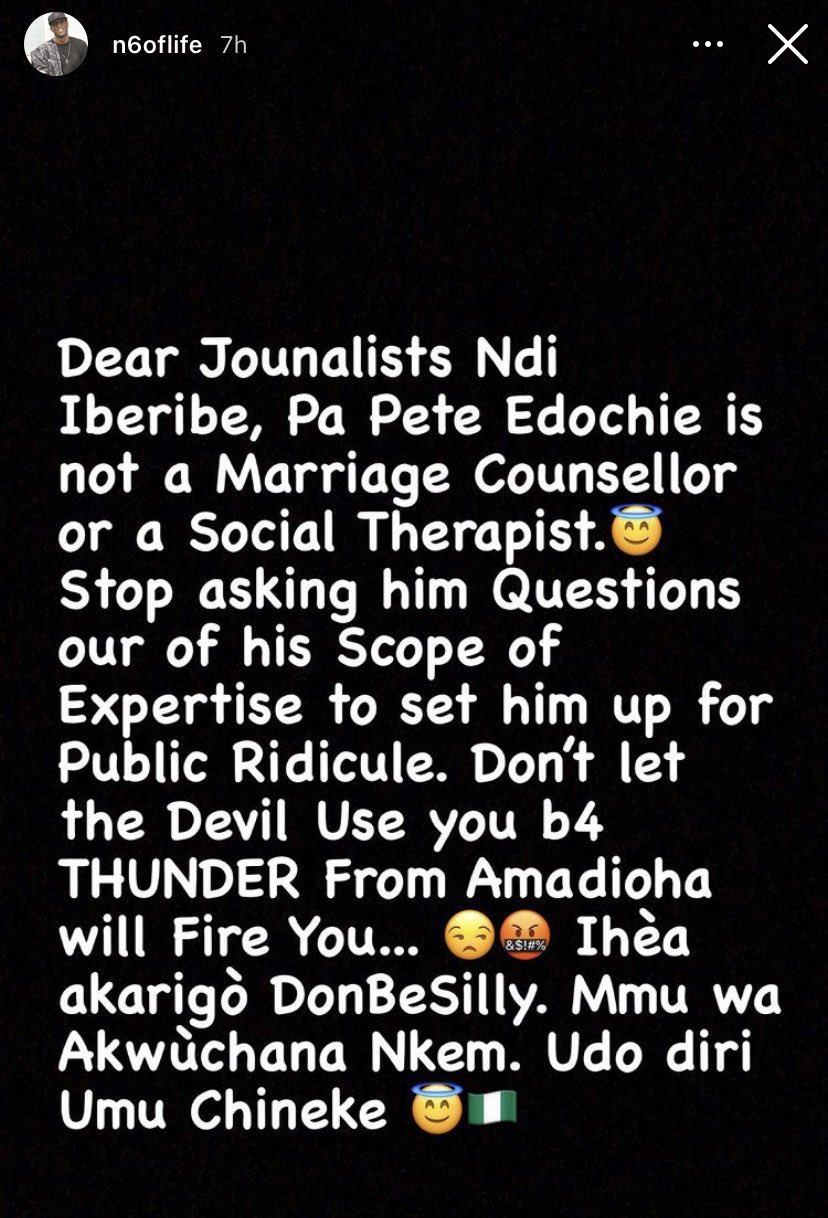 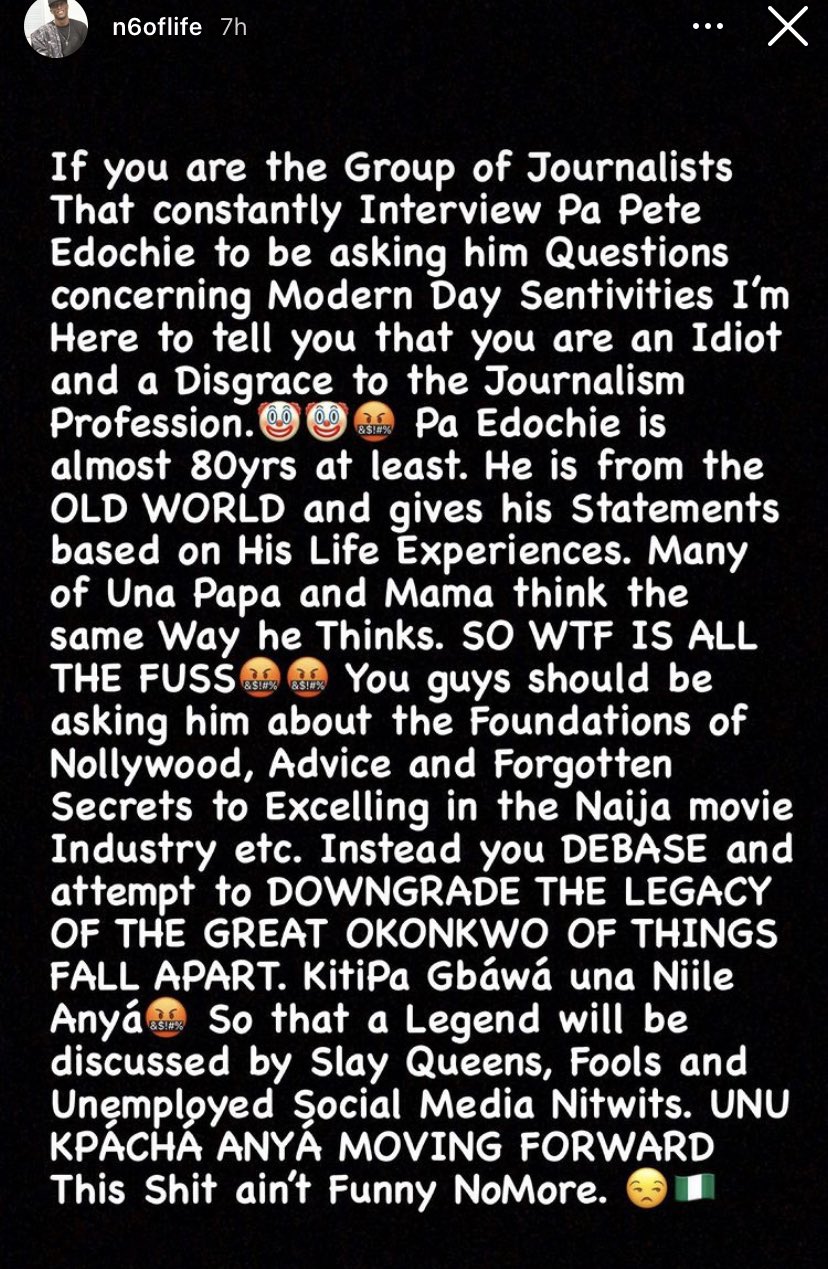 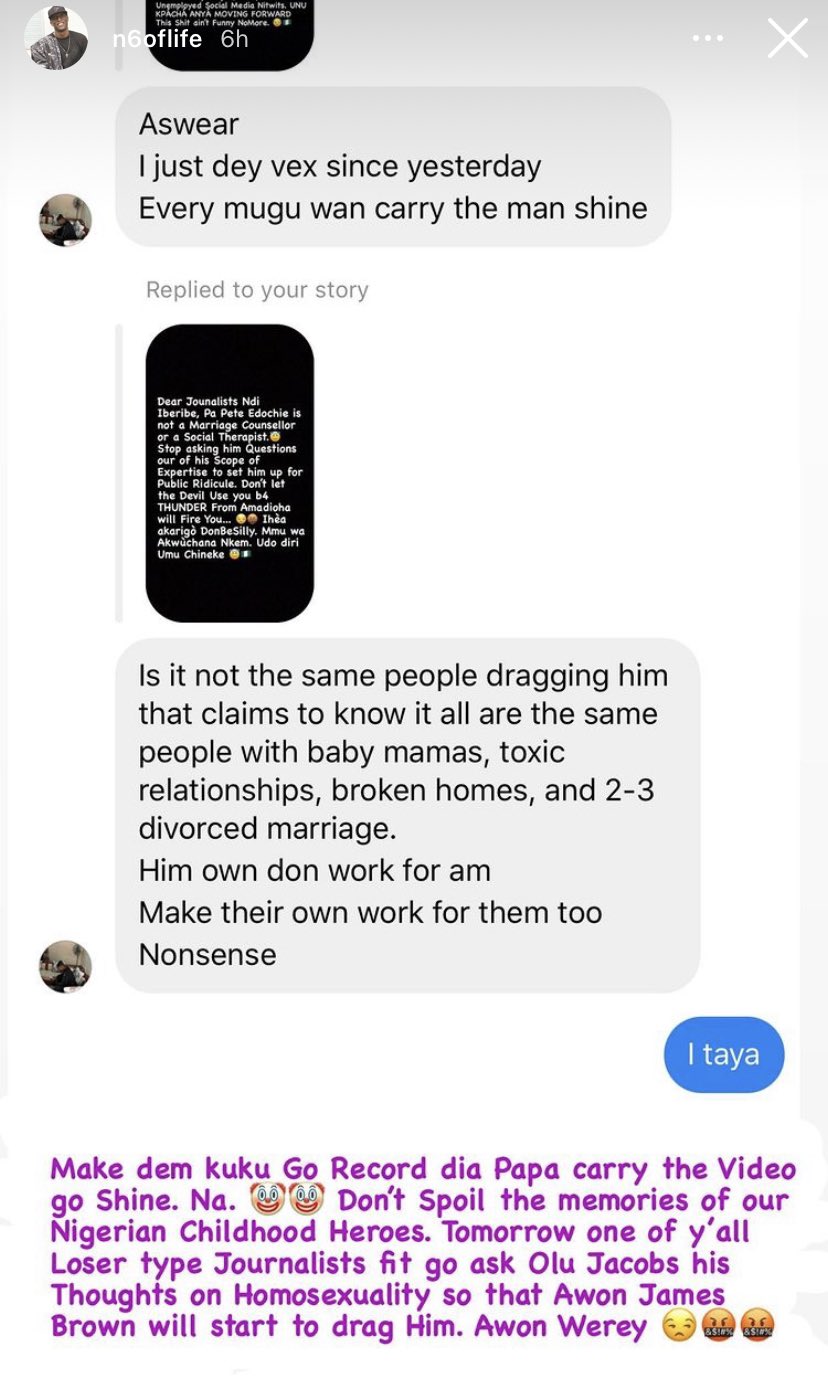