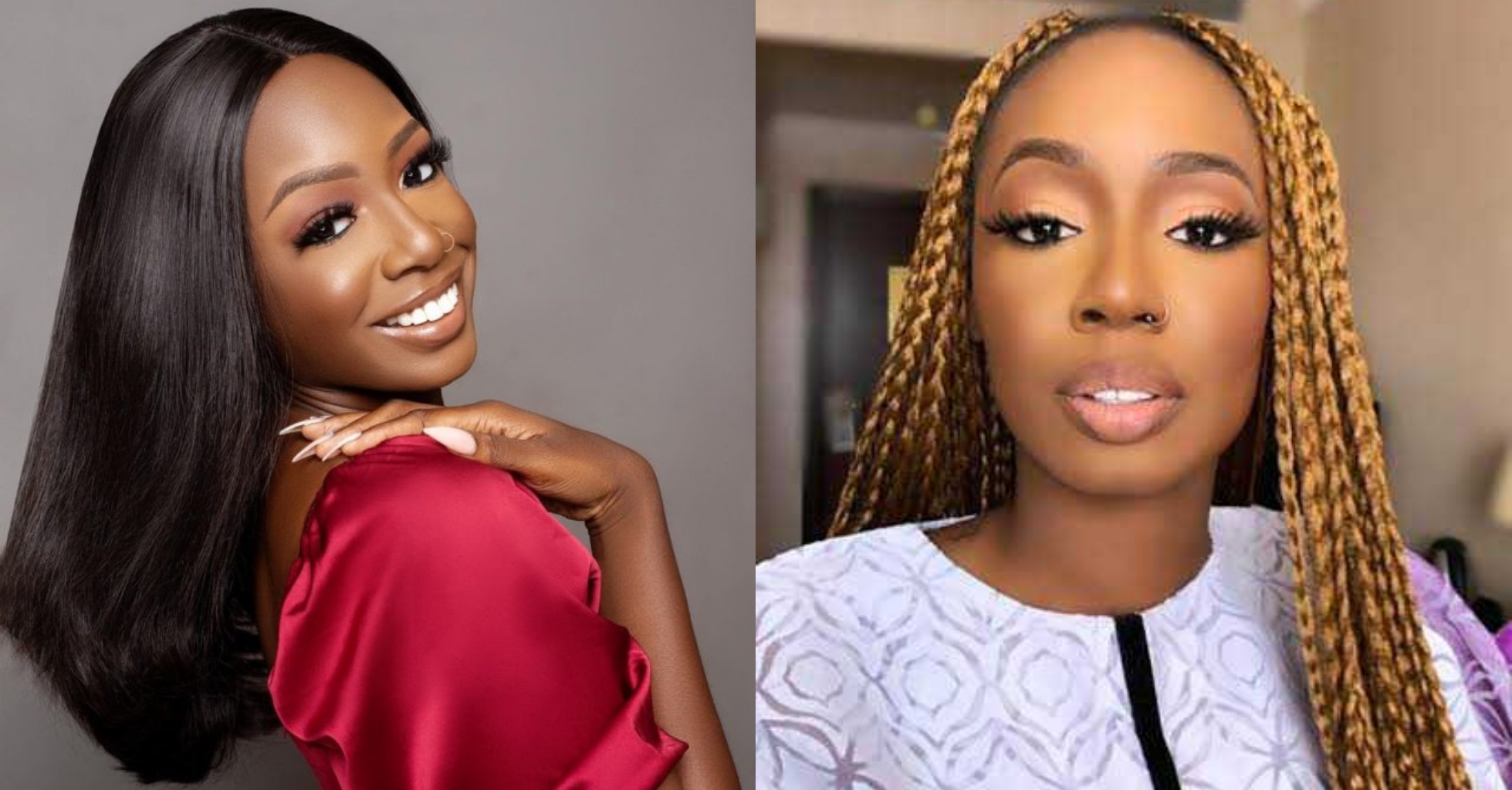 Former BBNaija Lockdown housemate, Tolani Baj has upset netizens with her comeback to a lady who trolled her for being messy.

In a bid to deliver an epic savage comeback, the reality TV star took the profile picture of the young lady simply identified as Cynthia and tweeted it along with the caption:

“See how razz you look. Keep your mouth shut”

The savage comeback went wrong as Twitter users descended heavily on the media personality and said the lady she is trying to shame looks better than her.

The reality TV star then made a subsequent post stating that she is not always going to be the bigger person with trolls as she can also choose violence. 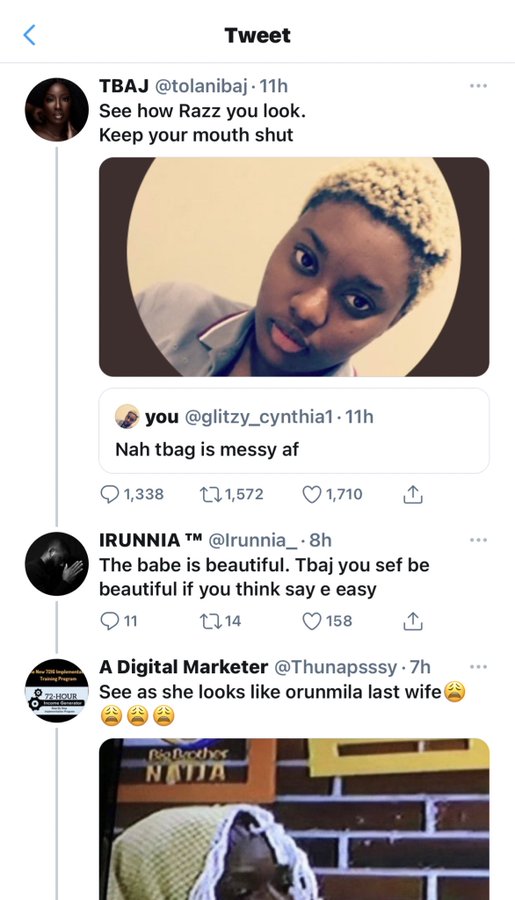 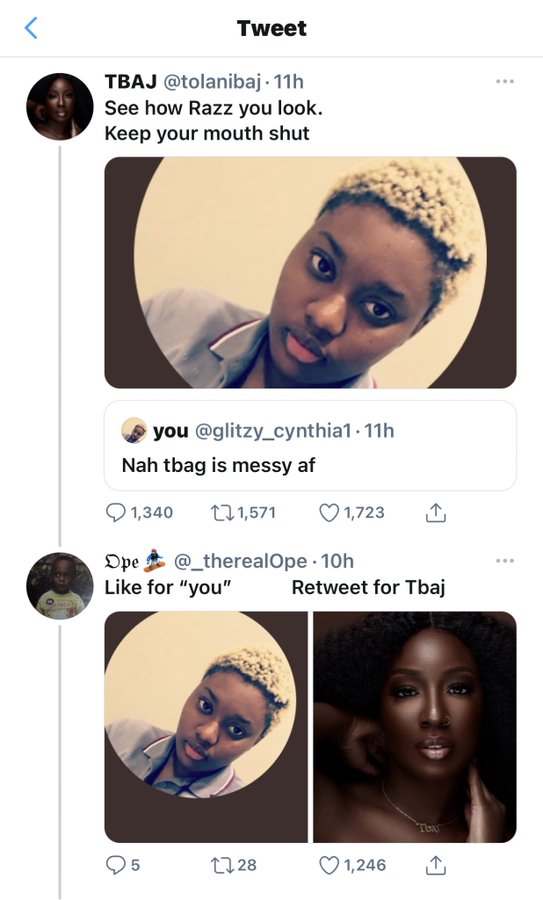