Home Entertainment Why I Was Scared Of Playing My Character On The Set Of...
Facebook
Twitter
WhatsApp

Nigerian actress, Lota Chukwu has shared the most scary part of playing her character on the set of Africa Magic TV series, Ajoche.

The movie star, who got her big break from starring as ‘Kiki’ on Jenifa’s Diary, took to her Twitter page on Saturday to narrate her experience on the set.

“Okay since we’re on the Ajoche/Oofuni train today, I might as well One of my biggest fears with being Oofuni, asides being the fact that people would hate her, was how distracting the costumes were. I feared everyone would focus on the boobs and not all the work I was putting in

This particular costume stressed me! When I say stressed? Whew! First day wearing it and I spent almost 20mins in the changing room and I came out with a shawl until it was time to act. After that, I said fuck it and strutted around set with the costume.

People would l take pictures of their TV set and send to me, circling the boobs and yeah, that was uncomfortable. Someone sent a mail to @JamesOmokwe I’ll let him tell y’all what the mail said when he’s ready😂😂 as long as it got you people to watch, it was sha not too bad.” 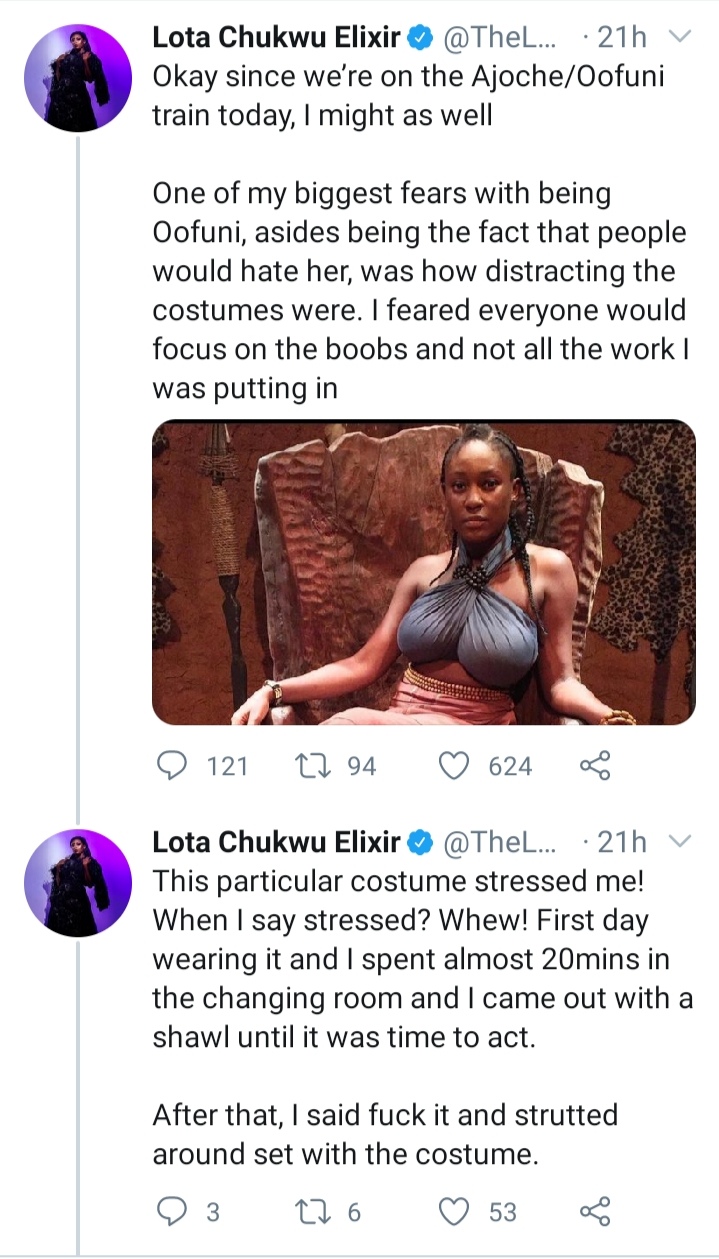 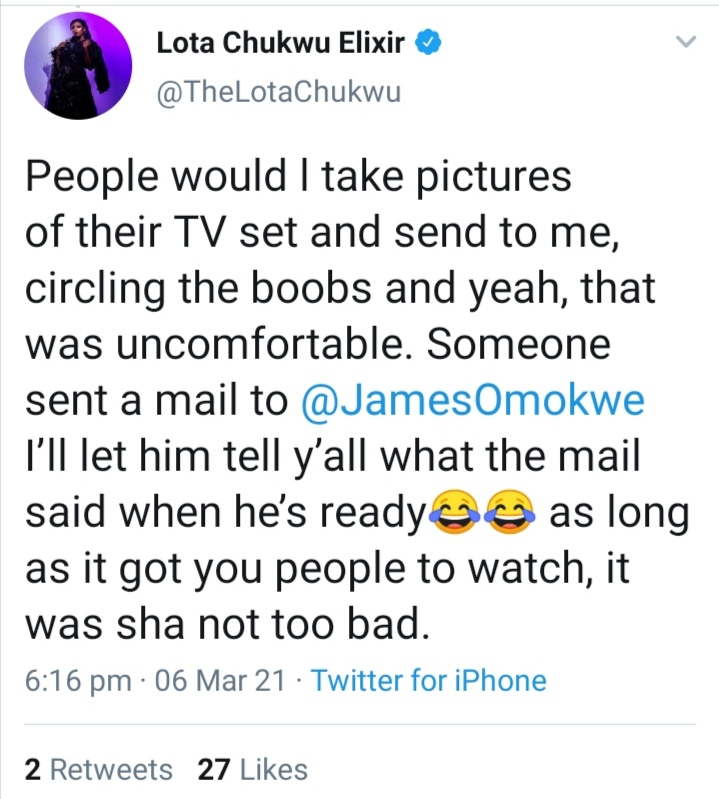