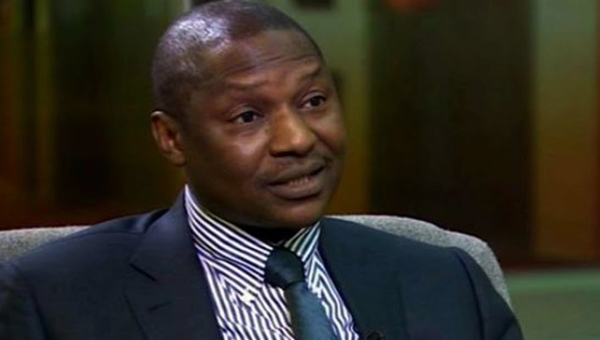 Attorney-general of the federation, Abubakar Malami has stated the reason the loot recovered from former Delta State Governor, James Ibori, should go to the federal government and not the state.

Malami stated this during his Tuesday appearance on Channels Television’s Politics Today.

Recall that the United Kingdom has made a commitment to return £4.2 million loot recovered from Ibori to the federal government.

Malami stated that the law which Ibori breached is a federal law, and not that of Delta state.

“The major consideration relating to who is entitled to a fraction or perhaps the money in its entirety is a function of law and international diplomacy,” he said.

“It is a function of law, in the sense that the law in contention that was alleged to have been breached is a federal law. That is the starting point.

“In dealing with the international community and international diplomacy, the parties of interest are the state parties (referring to sovereign countries), and not sub-national governments that are involved.”

Why Nigeria Should Reduce Cost Of Governance —Osinbajo