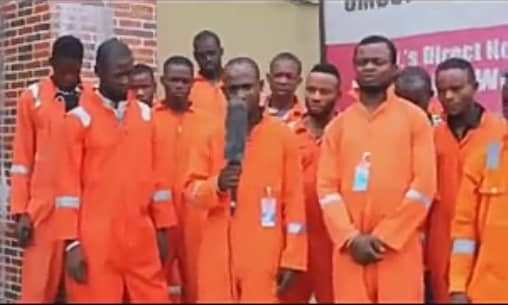 Chinyere, who is the founder of the church disclosed this in a telephone interview with journalists in Abuja on Monday.

The General Overseer said that the repentant militants/kidnappers turned over a new leaf after a divine encounter through evangelism organised for some of them in their various camps.

“I preached to them and many of them hearkened to salvation call and gave their lives to Jesus Christ.

“Before I embarked on this move, I bought some estates to relocate them.

“Initially when I preached to them, because I could not relocate them out of their place, it was easy for them to go back to their old ways.

“So, I decided that the best way to approach them is to change their environment and that became the first step of their healing process,” he said.

He said that he took them to the estate, got them baptized and began to teach them the words of God form complete liberation from crime.

“These kidnappers have wives and children, so what we did was to put their children in the free school operated by the church and at the same time established businesses for their wives.

“We started teaching them different skills and by the grace of God, after they acquired the skills, some said they wanted to be pastors.

“And, currently we have eight of them that are full time pastors in OPM branches.

“Others are into different skills like carpentry, pipeline wielding, scaffolding, mechanic and so on,” Chinyere said.