Nollywood actress, Angela Okorie, has found time to reply a troll who left a derogatory comment about her singing career.

The troll with the handle real_miraclejacobs then saw it as the perfect moment to rubbish Okorie’s singing career.

The actress couldn’t overlook the jab as she responded thus:

“I don’t talk to daft people, I said phones on silent, shut da f**k up, oh well this retard got my attention” 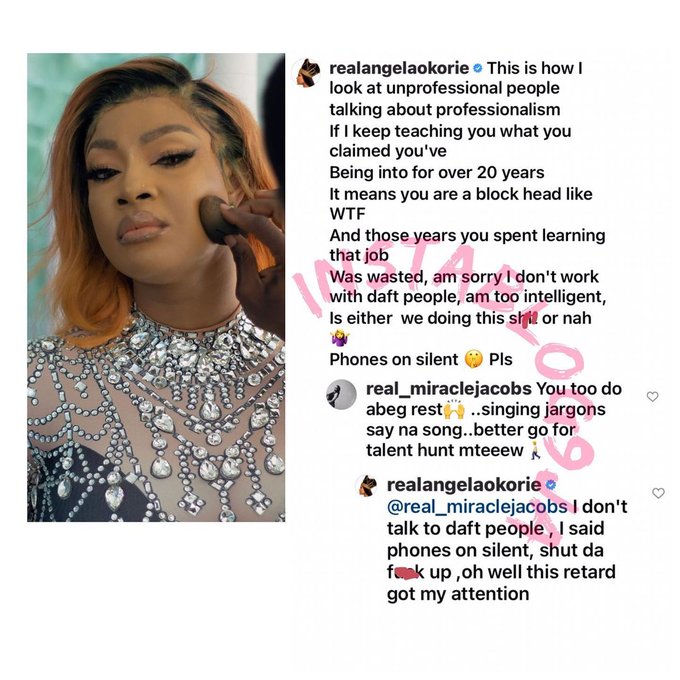