Nollywood actress, Halima Abubakar has revealed that she is ready to expose some of her colleagues who are unfaithful in their marriages.

According to the movie star and entrepreneur, she is tired of trying to cover up their secrets and save their marriage while they reward her with evil.

“Yo my nollywood frenemies get ready. You want a show .i will give one. Don’t blame me. Blame your selves. I kept your shits.No more keeping it. AM READY FOR ALL OF You. AM READY TO HELP YOU. DONE BEING NICE. AM NOT SAVING YOUR MARRIAGES MAKE E Crash“, she wrote.

The actress also fumed about the fact that her dark knuckles were being mocked by the same people who know the story behind it, describing them as “Nollywood frenemies”.

The actress also debunked the rumors that she got her dark knuckles because she had been bleaching her skin. 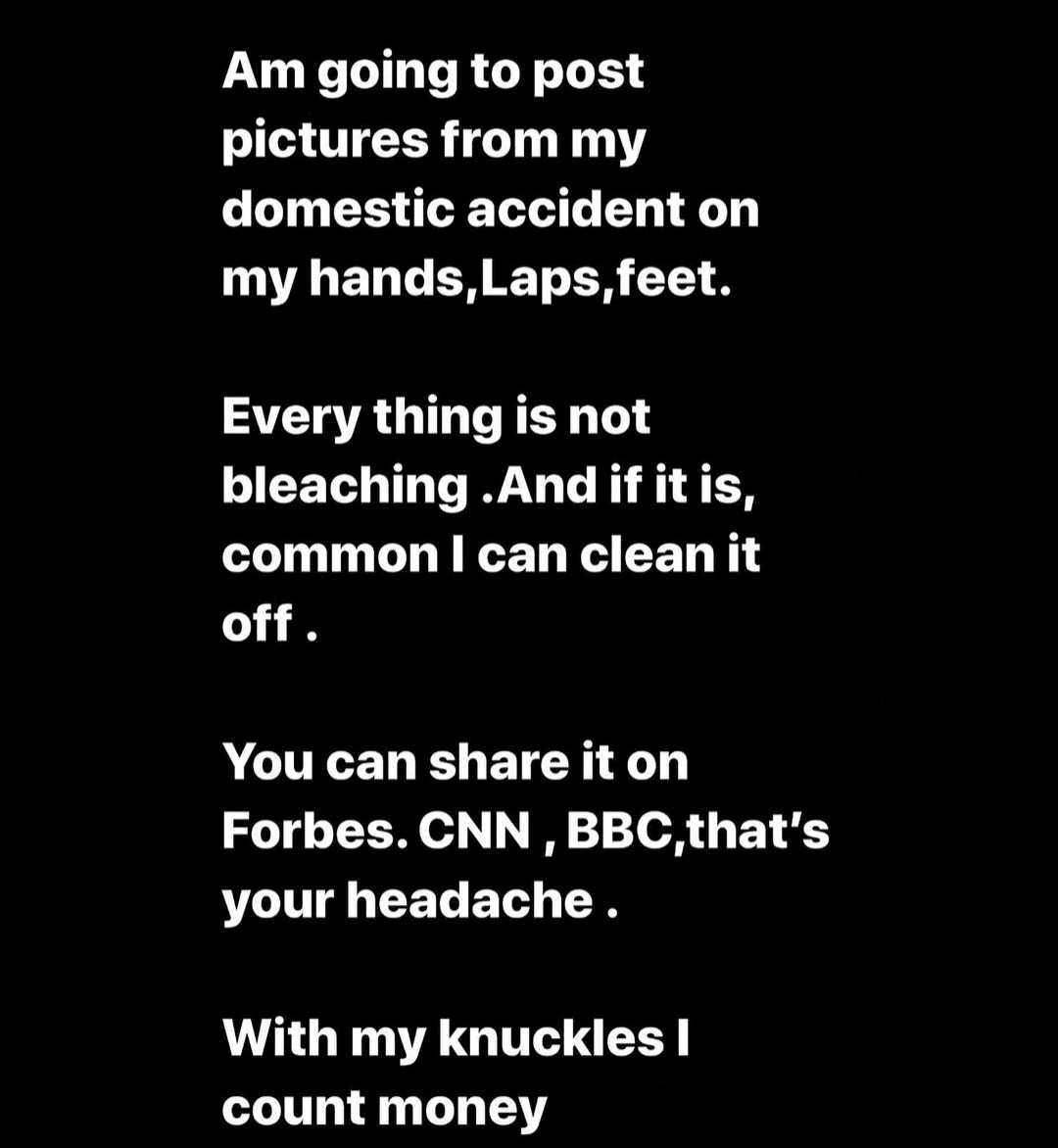 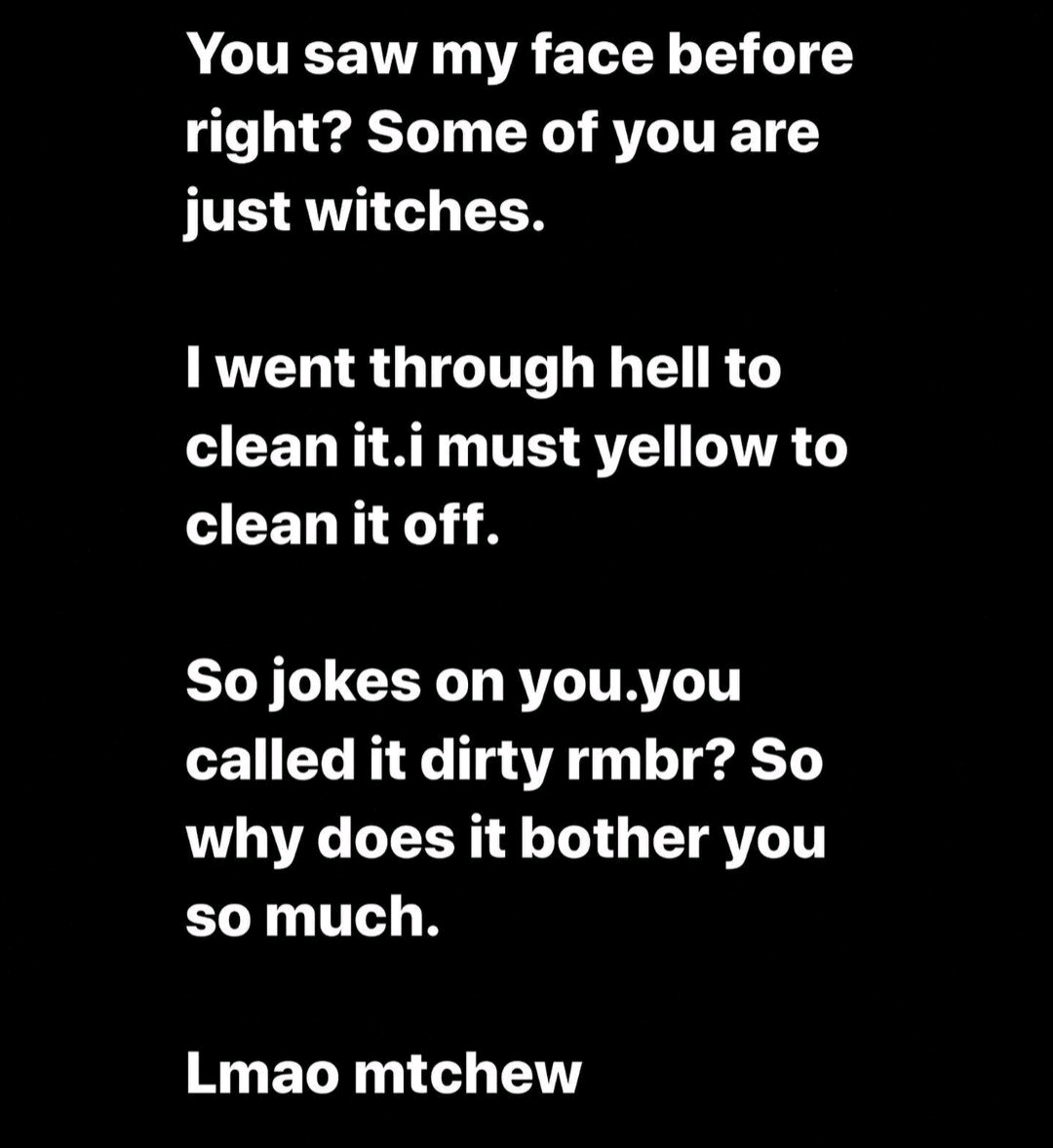 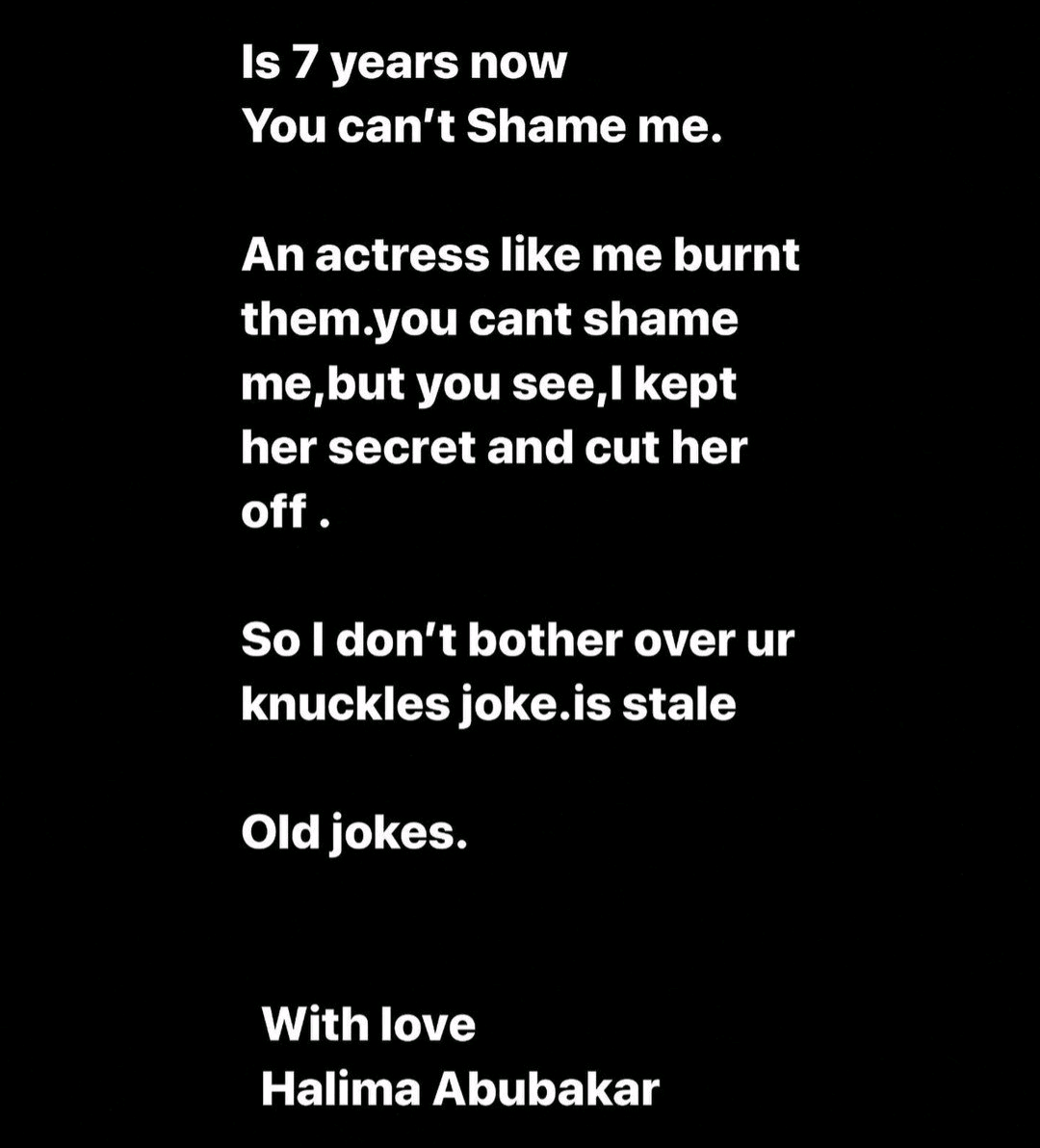 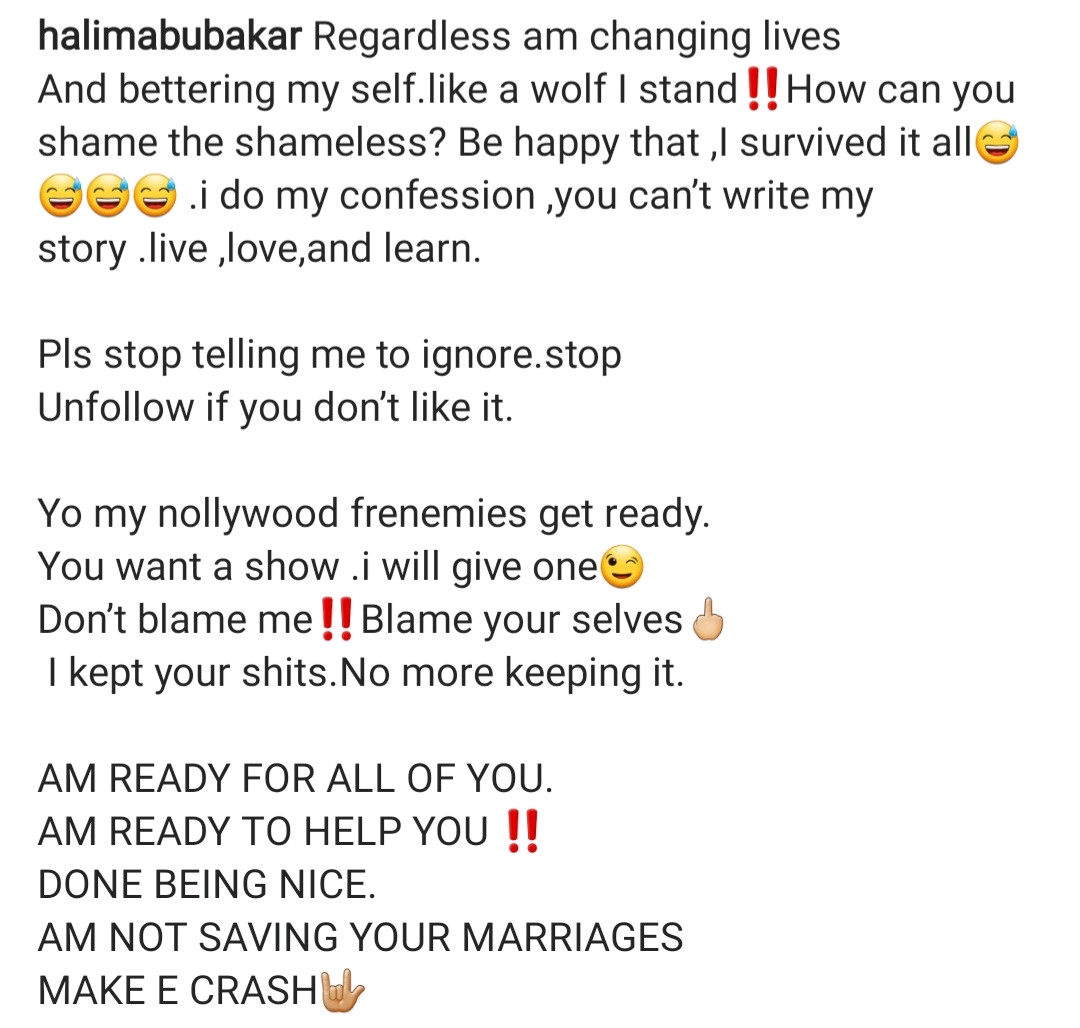