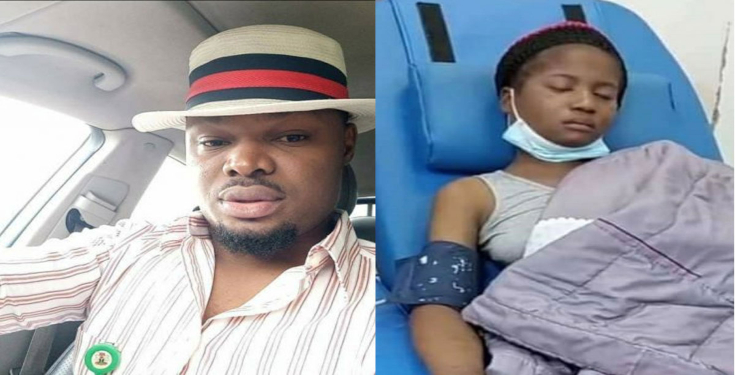 According to Harrison Gramnishu in a video shared online, Ada Jesus’ condition was as a result of a medical failure and that doctors confirmed that she has been sick for a very long time.

Harrison who is devastated about the late comedienne’s death pleaded with Nigerians to tone down on the way they judge people, and his comment comes after people attributed Ada Jesus’ sickness and death to curses by popular preacher, Prophet Odumeje and Nollywood actress, Rita Edochie.

See some reactions to his statement below;

bshizzle70a
We are a very secretive people ( eg we don’t disclose our illnes.ses . A celebrity white woman is more likely to tell you she has got chronic kidney disease which has progressed to failure of both kidneys – and is on the waiting list for kidney transplant . A Nigerian celebrity WILL ALMOST NEVER DO THIS . This is why ‘died after a brief illness ‘ is a common phrase in our culture ) , that also makes us perfect candidates for BELIEVING OLD WIVES’ TALES- like deat.h by spiritual attack or juju.

i_am_diamondt
You never see crazy. Just let her Rest In Peace she really offended a lot of people. Who knows the oath she has taken with odumeji. Because 90% of what she said about them is true. Buh we don’t knw where the attack. Came from. May God forgive her sin.

balo_ng
There’s nothing like spiritual death, but if dem do you from your village you go see am as medical condition

___mathematician
But the spiritual rules the physical. Something happened to her spiritually before it manifested physically

wendy_adamma
Yesssss!!
I agree.
She didn’t get required medical attention on time.

official_bobby_fredrick
It’s a big lesson to us all , when you’re sick get help from the hospital not the church , God didn’t give the doctor’s wisdom for nothing then prayers can back the healing