The Chairman of Nigerians in Diaspora Commission, Hon. Abike Dabiri Erewa has weighed in on the ongoing rape case of Baba Ijesha and the 14-year-old minor.

The Plateau State-born former member of the Federal House of Representatives took to her Twitter page on Thursday evening to describe the act of the popular actor as despicable.

“So despicable! The act by Yoruba actor, Baba Ijesha who defied a girl, at 7 years and later at 14 years!! Who knows how many the paedophile could have damaged if he wasn’t caught. I sponsored the violence against person’s law. The penalty is nothing less than 14 years in prison

His plea begging on some video I watched should not be acceptable. We should all do all we can to support the girl’s Foster mother, Princess, to ensure this case goes to court and fully tried , and maximum sentence passed on him“, she wrote. 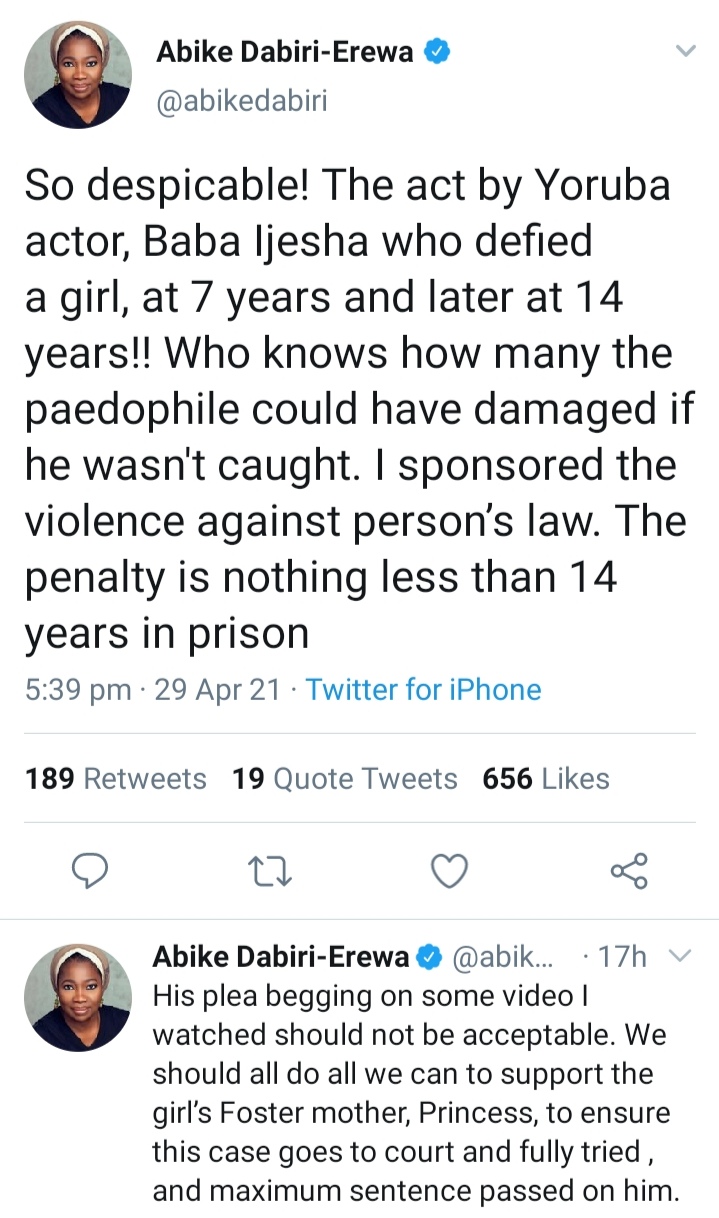