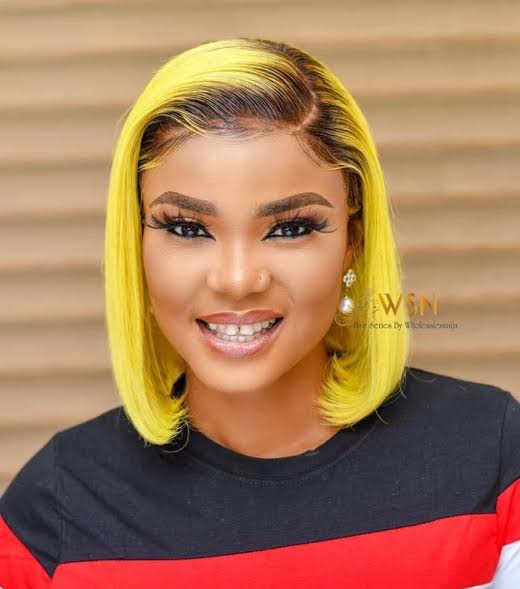 Nigerians have taken to Twitter to react to the video of actress Iyabo Ojo calling out her colleague, Yomi Fabiyi and others in the industry for trying to trivialize Baba Ijesha’s alleged rape case.

Information Nigeria earlier reported that the mother of two held no prisoners in her Instagram Live video as she lashed at everyone in the industry subtly promoting rape culture.

She berated those asking for the CCTV footage before believing the allegations.

She asked if they would release such a footage if their children were the victims involved.

Majority of Twitter users have hailed the actress for her bravery and for taking a bold stand against sexual misconduct even if it will cost her a cordial relationship with her colleagues. 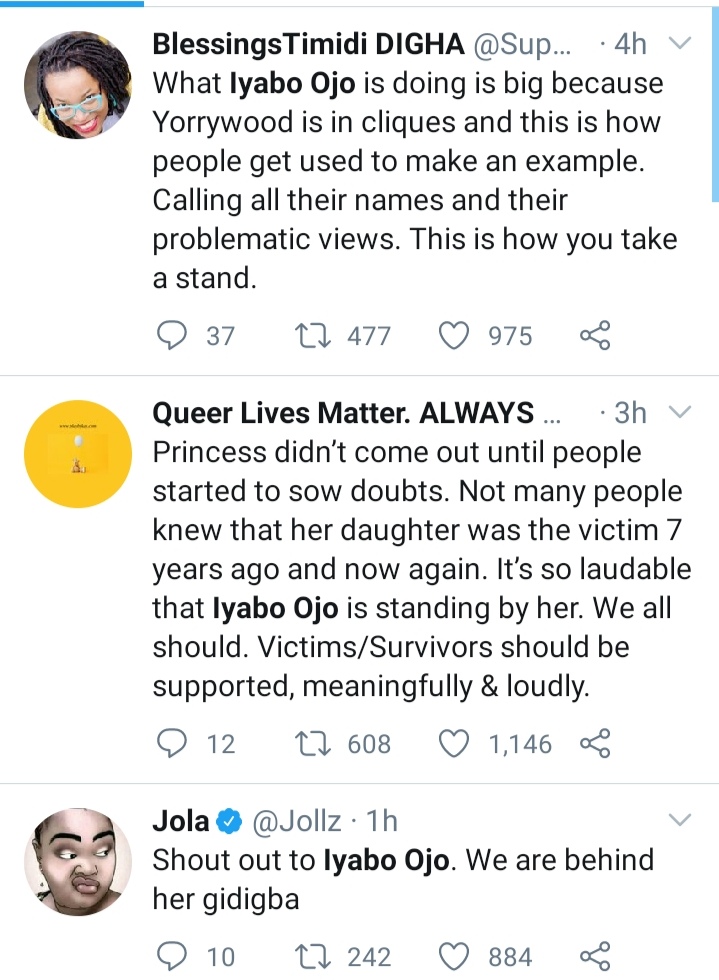 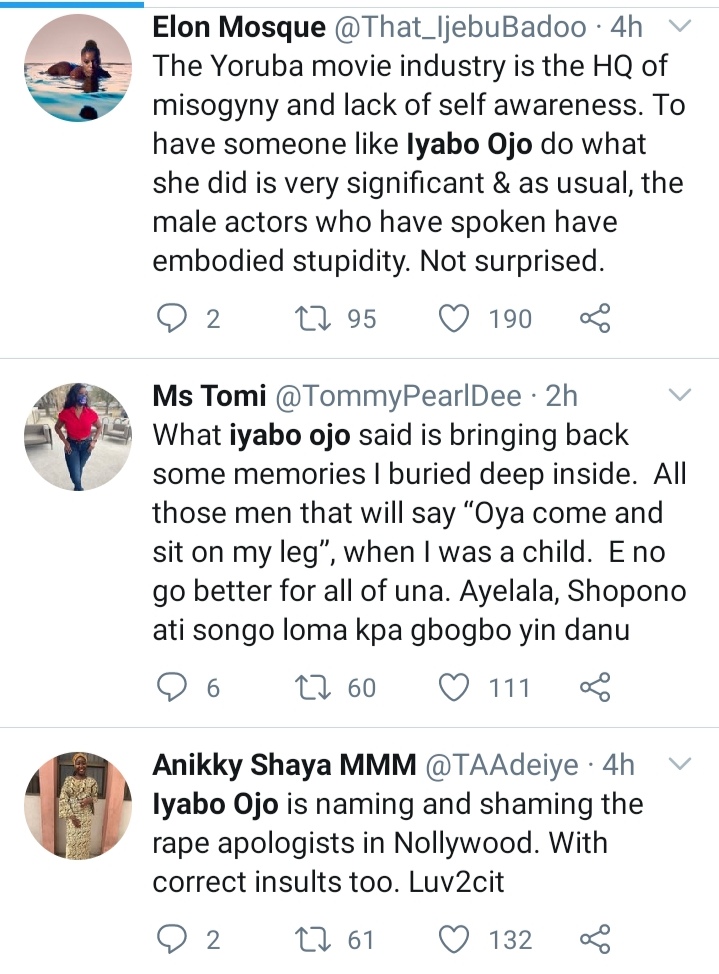 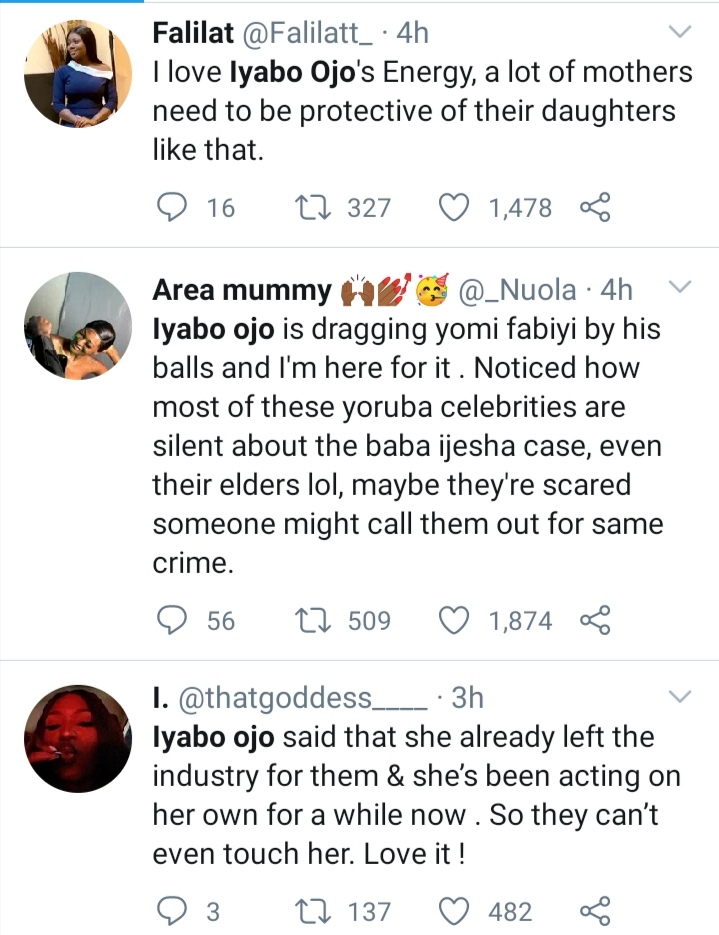