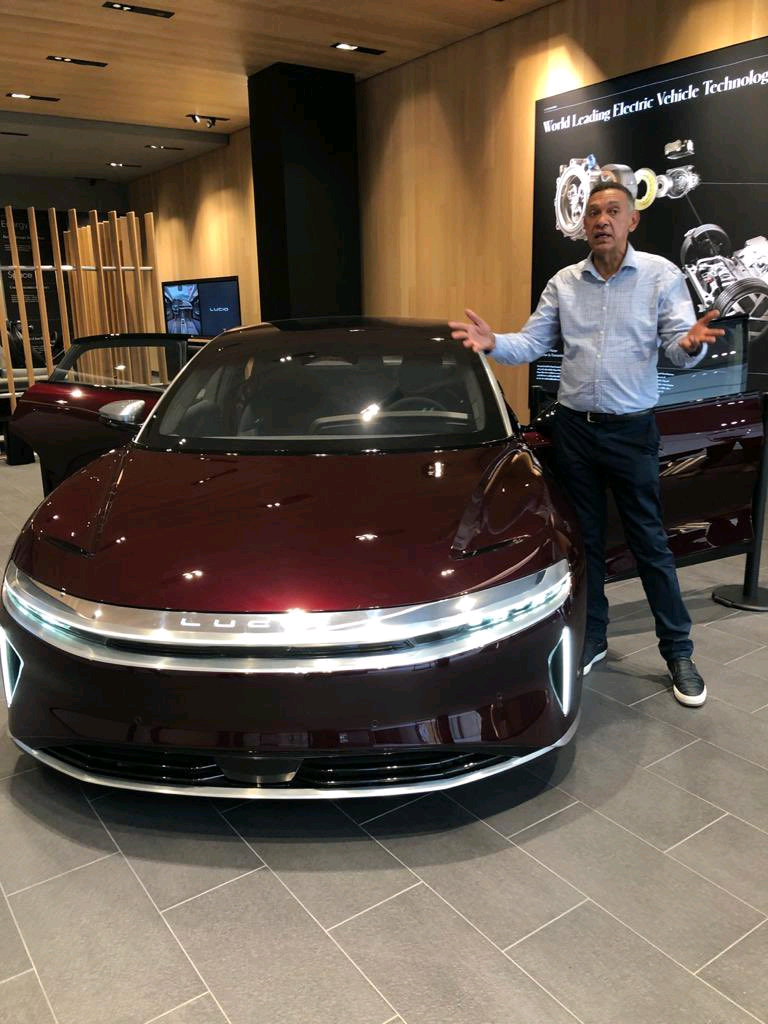 The Chairman of Silverbird Group, Ben Murray Bruce has told the Federal Government of Nigeria to place an indefinite ban on engine cars in the country by 2035.

Taking to his Twitter page, the former Senator representing Bayelsa East Senatorial District shares a picture of himself standing with an electric car to be delivered to him next year.

According to the ex-lawmaker, the Lucid Electric Car is capable of more miles per charge than a Tesla.

“In practising what I preach, I recently put a deposit on this yet to be manufactured Lucid Electric Car. Delivery is early next year. It’s capable of more miles per charge than a Tesla. An amazing machine. Nigeria should ban all combustion Engine cars by 2035“, he tweeted. 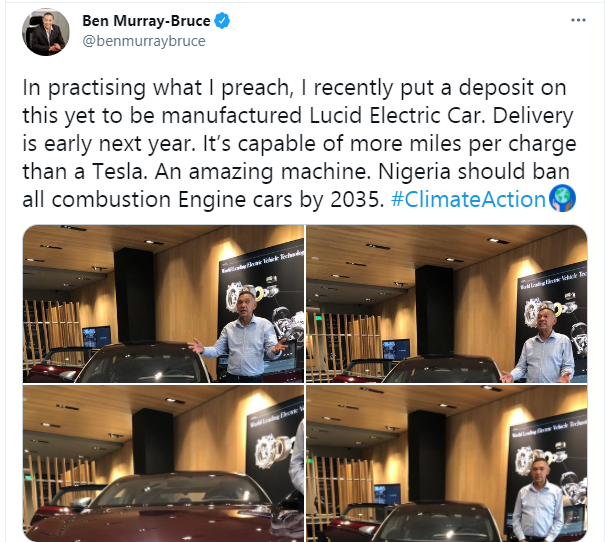 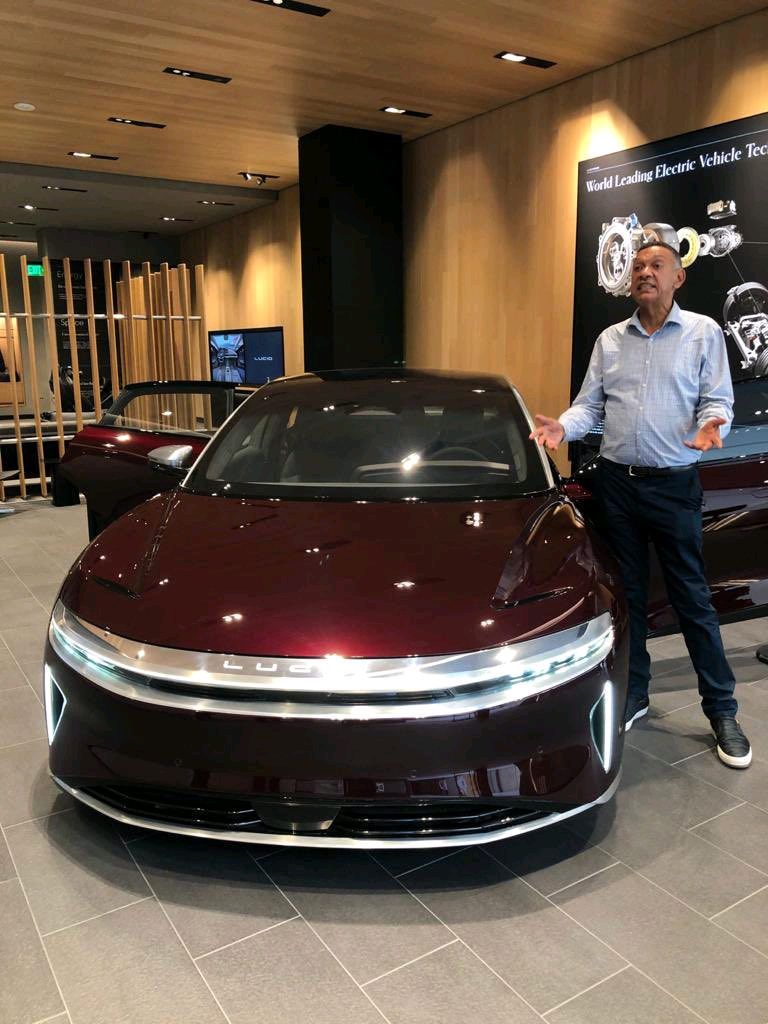