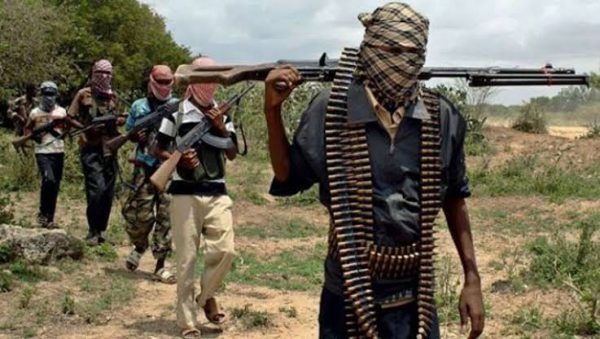 Bandits were said to have invaded Kofar Kuyambana Low Cost in Zaria council of Kaduna State and abducted two housewives and three children.

The gunmen reportedly stormed the Kuyambana community around 10 pm on Sunday and attacked two houses in the area.

Five Almajiri children were said to have been hit by stray bullets during the attack.

Five out of the suspected gunmen, who invaded the communities, were also said to have been arrested.

Kaduna Police Command spokesman, ASP Mohammad Jalige, who confirmed the attack, said only two criminal suspects were arrested, adding that the command will issue a statement on the incident.

A source said the gunmen first invaded a Customs officer’s house and whisked away his wife, identified as Maryam Bala Ibrahim, alongside her three children but they abandoned the children on the way and fled with the mother.

The source added the bandits attacked another house in the neighbourhood where they kidnapped another woman, Mrs. Hulera Haruna.