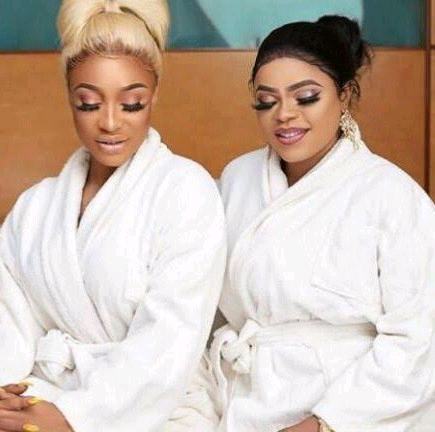 Controversial crossdresser, Idris Okuneye, alias Bobrisky has revealed the reason for his fallout with his longtime friend, Tonto Dikeh.

The drag queen took to his Instagram page to state that the actress unfollowed him because he was seen being friendly with someone she is no longer friends with.

This is after he disclosed that he will block her after unfollowing her. He had also shared a previous post saying that friendship breakups happen too but he will not go dirty or share the details behind their split.

He, however, changed his mind about it and posted almost immediately that Lady Golfer caused their fallout. Golfer used to be friends with Dikeh until their messy fallout.

Golfer had posted a video showing her having fun with Bobrisky at a party as the crossdresser splashed wads of cash on her.

According to Bobrisky, the video caused Dikeh to unfollow him.

“Lady golfer you caused this unfollow you for no post the video of me spraying you now Friendship of 5 years gone just because I hanged out with somebody ex friend. Dumb shit“, he wrote.

See the posts below: 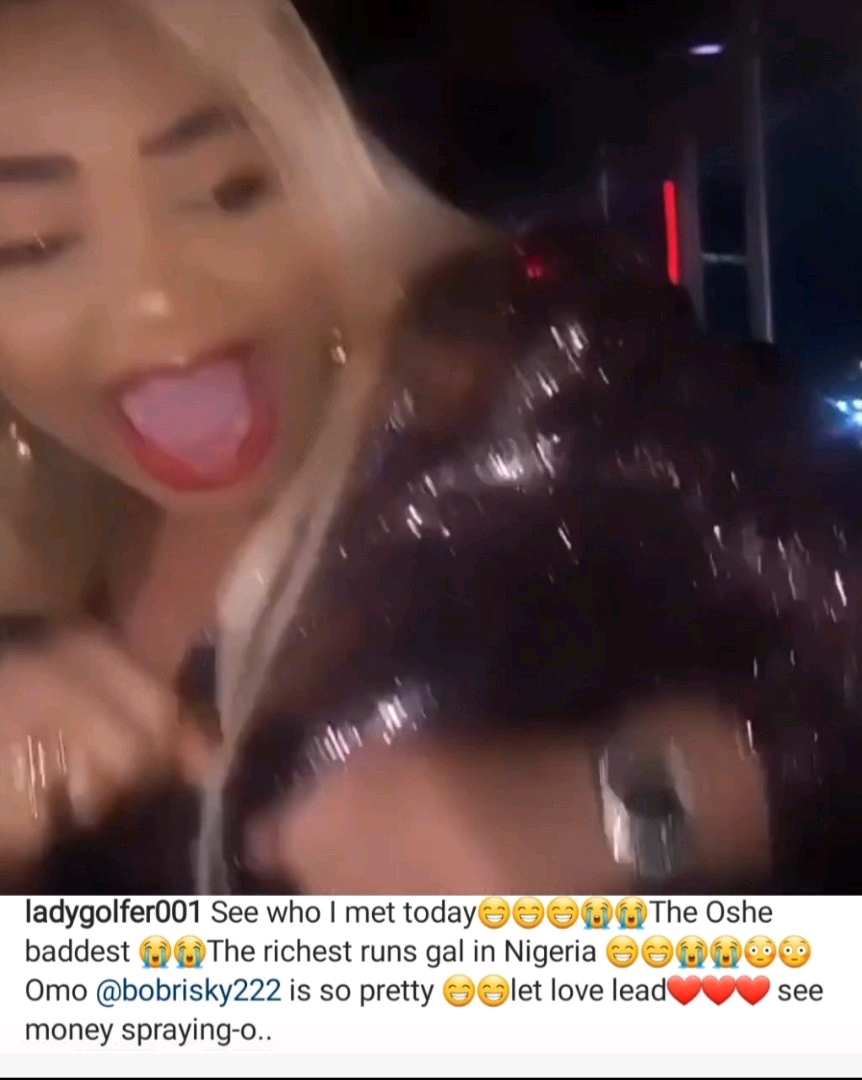 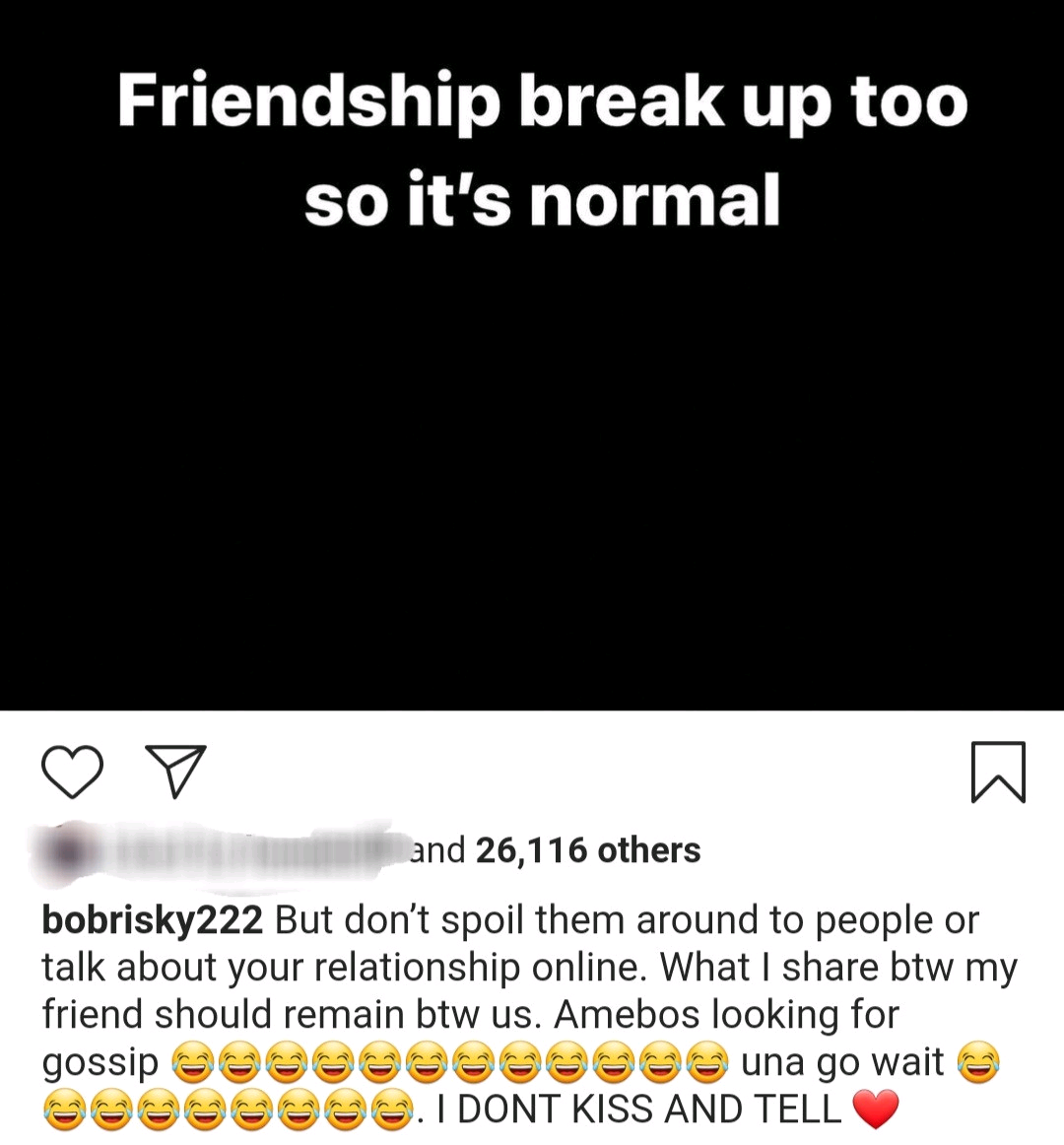 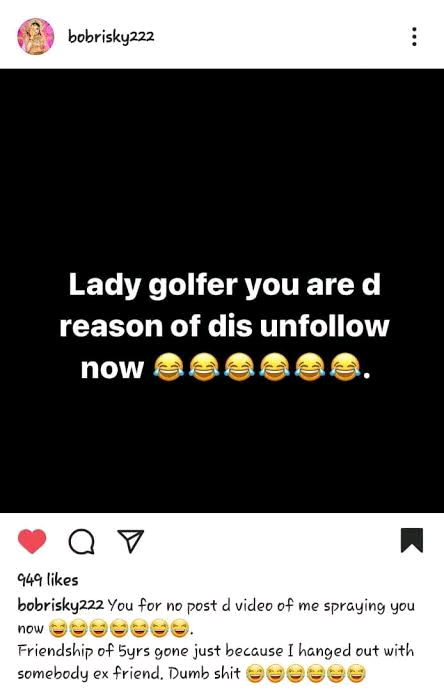