Vice-President, Professor Yemi Osinbajo has assured the people of Ebonyi that the federal government will ensure that they get justice over the recent killings in Ishielu LGA of the state.

He gave the assurance on Sunday in Abakaliki while addressing stakeholders of the state after inspecting the affected communities and the Effium/Ezza-Effium intra-communal crisis.

Osinbajo urged the people not to take justice into their hands because “nobody knows where it will end”.

“You have done the right thing by peacefully presenting the case to the authority; it is up to the government to seek justice,” he said.

“I want to say that it is a very deeply distressing development and I sympathise not just with the governor and the people of Ebonyi state but in particular the people of the community that have been affected.

“What we must do to ensure this kind of thing does not repeat itself is to beef up security, that is very important.

The vice president also promised that the incident would never repeat itself, adding that the security within the state would be beefed up. 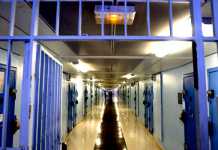