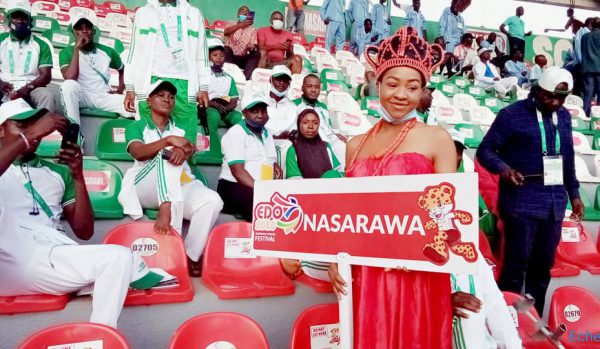 Athletes and officials of Team Nasarawa were on Friday attacked by unknown gunmen while returning to Lafia from the just-ended National Sports Festival.

The incident, it was gathered, happened about 1.45am at Akeleku village, after Kadarko town, along Makurdi-Lafia Road.

This was disclosed by Eche Amos, Public Relations Officer of the state’s Ministry of Youth and Sports Development in a statement made available to journalists.

Amos said the bus conveying Team Nasarawa rammed into the gunmen, who appeared in military camouflage uniforms, but were restrained by their escorts during a shootout, adding that the attack, which lasted for about four hours, saw one of the gunmen shot dead.

“They asked the Team Nasarawa bus driver and other occupants to alight from their bus as they got positioned to unleash mayhem.

“But unknown to them, one of the escort attached to the Team Nasarawa contingent immediately opened fire, killing one of the gang members on the spot.

“Some hoodlums, who hid in the bush, also shot at the team bus, deflating the bus tyres and shattering the radiator of the bus, which led to athletes and coaches scampering for safety.