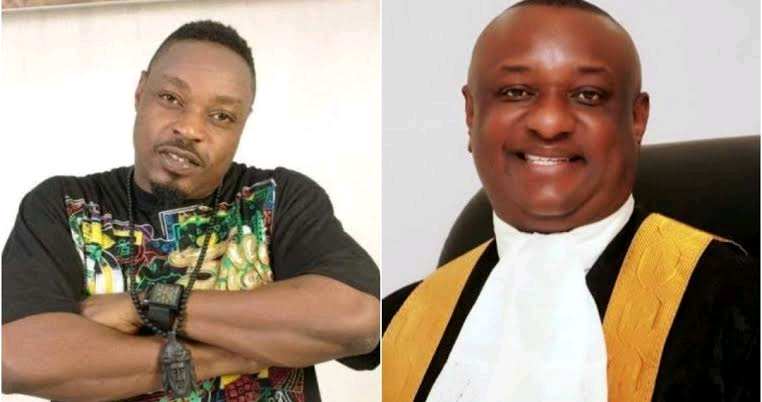 The Minister of State for Labour and Employment, Festus Keyamo, has come out to label veteran singer, Eedris Abdulkareem, an opportunist who is seeking cheap PR for his recently-released song, ‘Jaga Jaga reloaded’.

Keyamo took to his Twitter page to share pictures of his text message conversations with the artist in 2018 as proof to back up his claims.

However, Twitter has now taken down the pictures of the messages and the phone number of the veteran artist.

Keyamo stated that Abdulkareem tried to extort money from him in the name of his alleged sick mother by sending him text messages asking to be part of the 2019 re-election campaign for President Buhari.

Keyamo also said that Eedris returned to his faux activism by releasing the remix of his 2003 hit single, ‘Jaga Jaga’ in which he criticizes the government in power because he could not get his hands on the ‘national cake’. 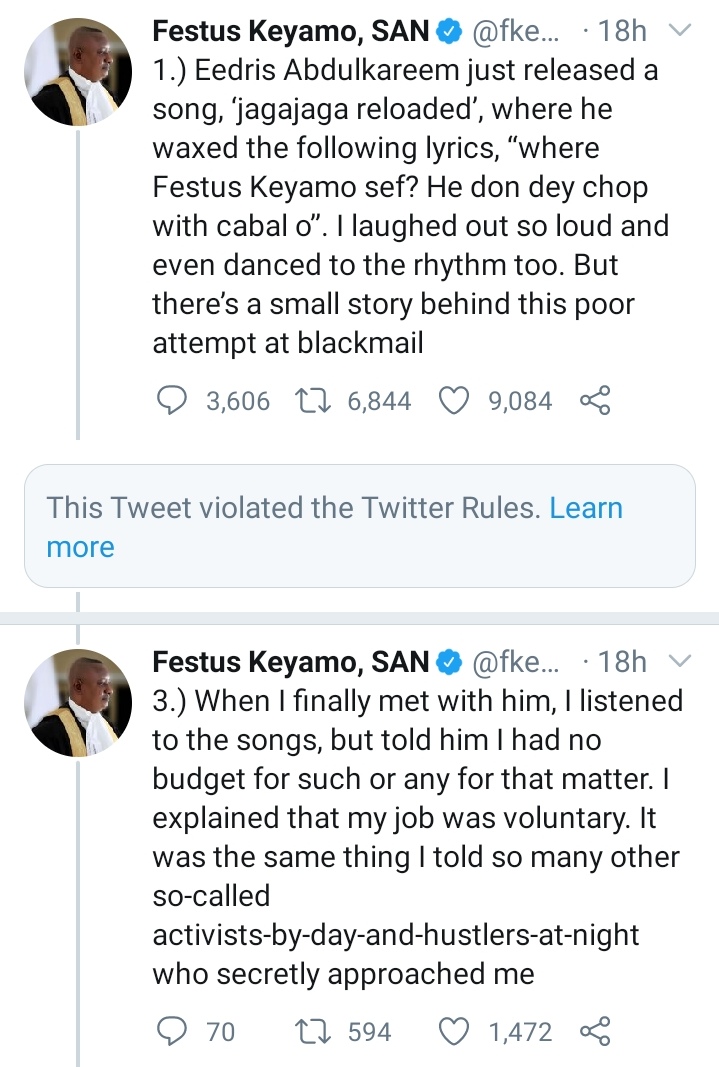 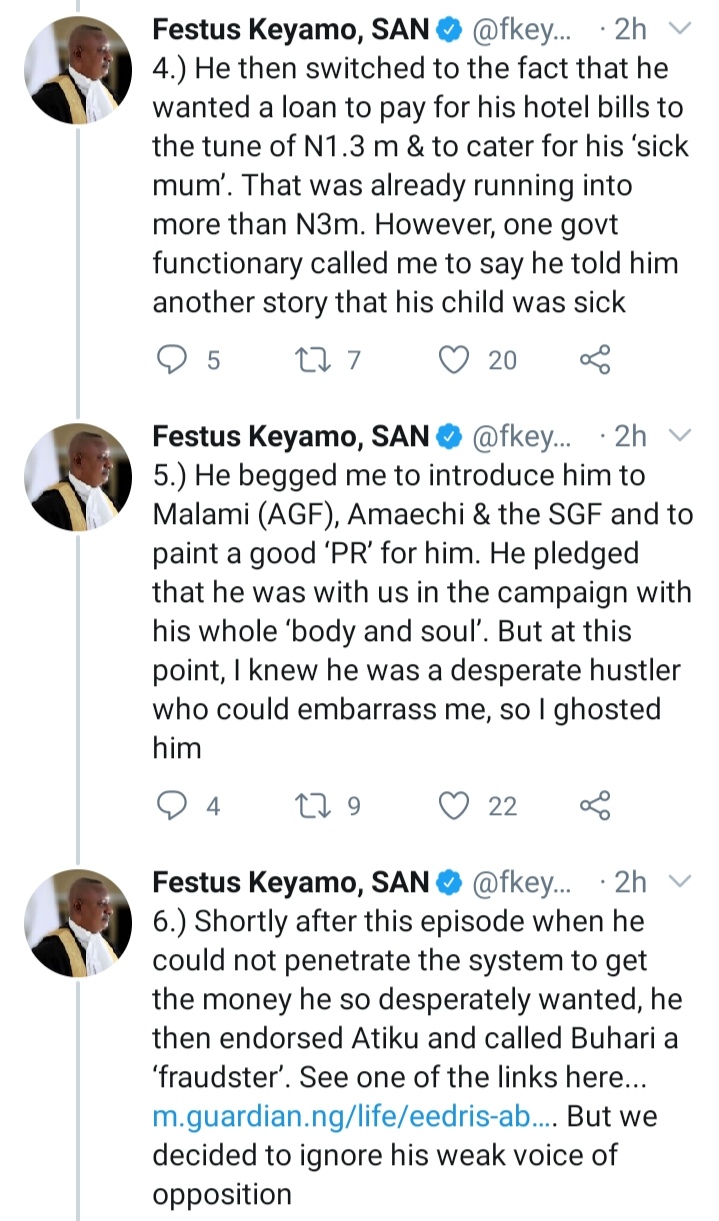 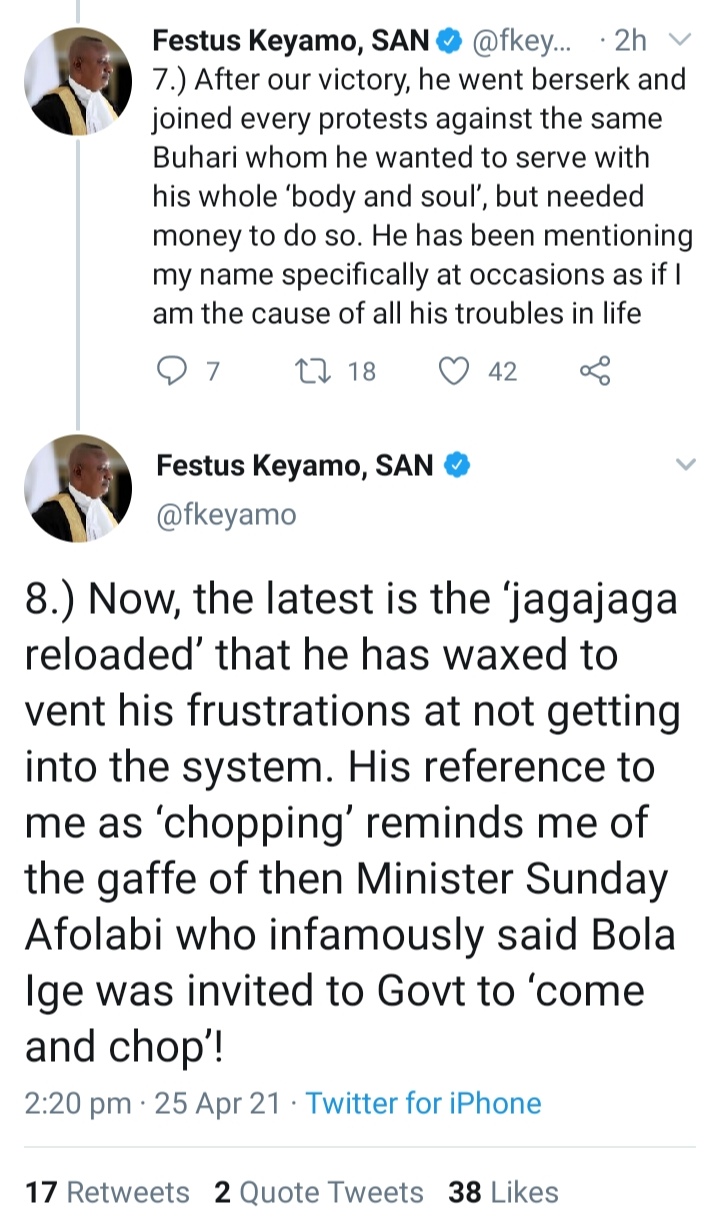 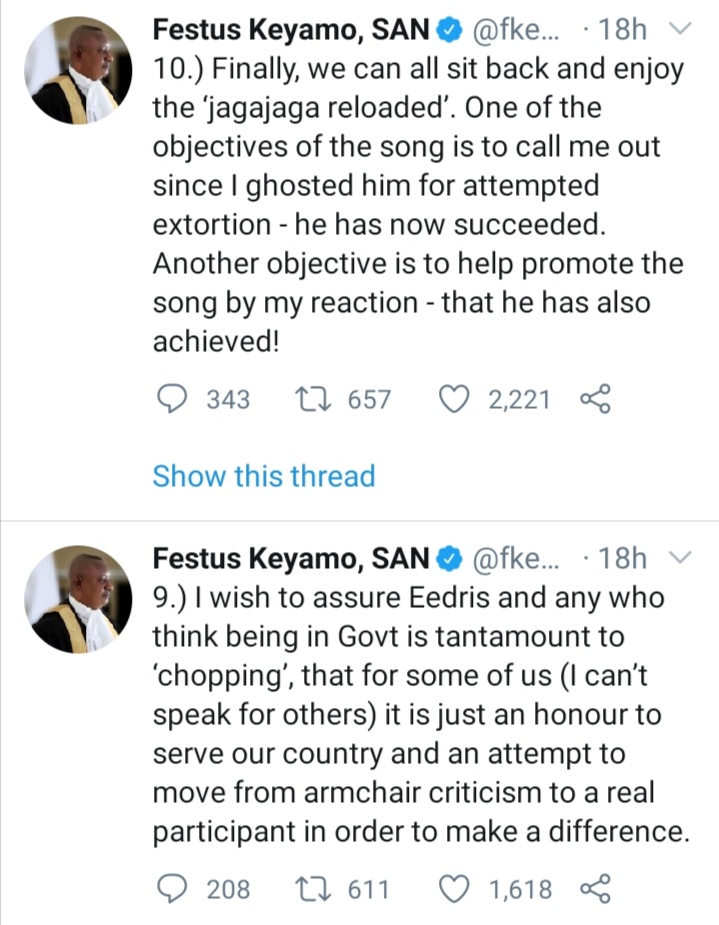