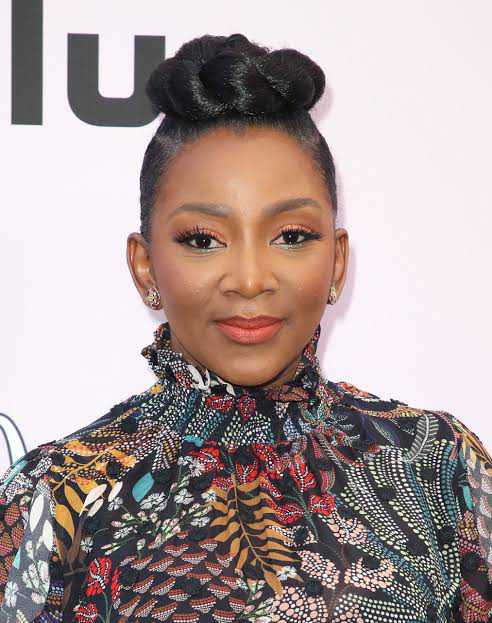 Veteran Nigerian actress, Genevieve Nnaji has granted the request of a fan who asked for the film star’s picture.

Taking to Twitter, the fan addressed a note to the award winning star actress.

“Dear queen,, it’s been long you posted a picture for us here and we are not very happy.. Signed- concerned fans @GenevieveNnaji1“, he tweeted.

The Lionheart lead actress and director then replied with a selfie of herself and captioned it:

The actress has been inactive on her Twitter account except on Pete Edochie’s birthday when she penned a birthday note to the veteran actor. 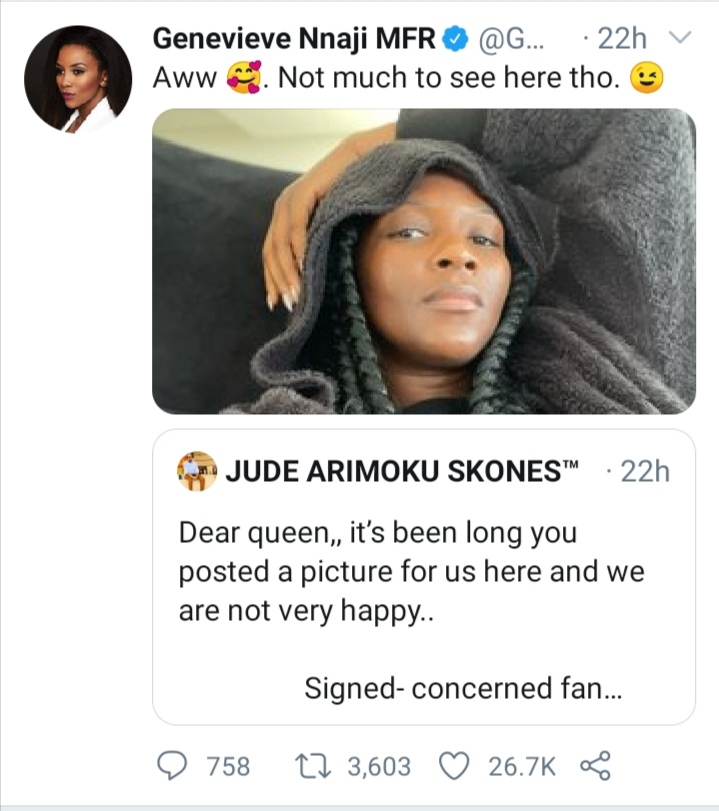