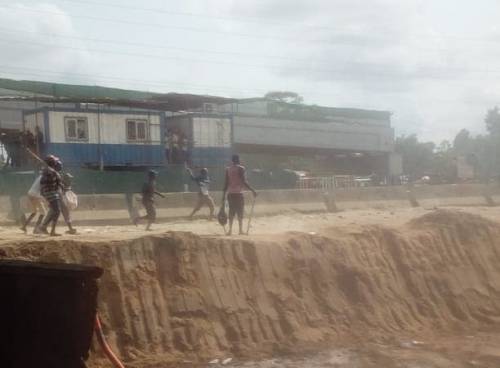 Gunshots were heard by residents around Alaba Rago, a market situated adjacent the LASU on Monday morning following the clash between the two groups.

Eyewitnesses said what started with throwing of stones aggravated to gunshots and wielding of dangerous weapons as security agents made efforts to calm the scene.

The clash began with the alleged beating and killing of an Hausa motorcyclist by the NURTW officials resulting from incessant harassment and rising dues they face from road transport unionists.

According to witnesses, Hausa motorcyclists subsequently gathered to protest this alleged ill-treatment which led to a full-blown chaos in the area.

Videos of the incident were circulated on different social media platforms.

The crisis has compelled the management of LASU to close the gates of the school as students and members of staff have been urged to remain within the premises.