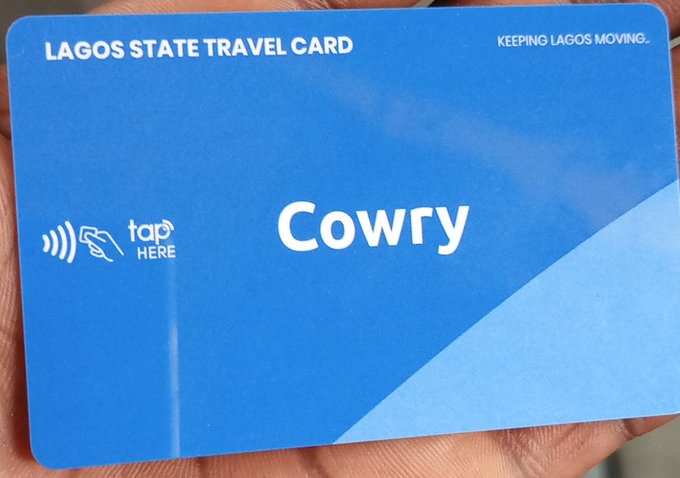 The new payment system for the Bus Rapid Transit (BRT) vehicles initiated and developed by the Lagos State government has not favoured commuters, it appears.

This is contrary to the statement released by the state government’s agency in charge of transportation, LAMATA to announce the launch of the new payment system known as the Lagos State Travel Card – succinctly dubbed ‘Cowry Card’.

According to the Managing Director of LAMATA, Engr. Abimbola Akinajo, the Cowry Card “had become imperative in order to reduce cash transactions in transport operation in order to protect stakeholders’ investment in the transport sector”.

Akinajo also added that it had become necessary following the launch of the expanded e-ticketing system by Governor Babajide Sanwo-Olu in August 2020. The statement also says in part that the aim of the Lagos State Travel Card, otherwise known as Cowry Card, is to ease the movement of commuters, especially during the era of the COVID-19 pandemic.

“It will enhance efficiency, save time and promote accountability while also reducing leakages and promoting seamless travel experience by commuters. The e-ticketing aims to reduce waiting time at the BRT shelters, and provide more convenient passenger experiences. The use of the card has become imperative to reduce cash transactions in transport operations in order to contain the spread of COVID-19 in the state.”

However, since the Cowry Card was made mandatory for all BRT commuters shuttling between the Ikorodu-TBS, Oshodi to Abule Egba, and Ojota-Costain-CMS Routes on  February 1, 2021, the experiences of commuters have been anything but ease.

A few days after the launch of the Cowry Card, the operators of the Bus Rapid Transit (BRT) in Lagos State, Primero Transport Services Ltd., had tendered an unreserved apology to commuters for the logistics hitches experienced.

The Managing Director of the firm, Mr Fola Tinubu said that the company was working with the state government to clear the hitches, adding that the firm understands the challenges faced by commuters, including delays, and was working to resolve all of them.

“Primero is not in charge of Cowry cards. It is the Lagos State innovation for transportation transactions. With these state-wide cards, a commuter can use it, not just in Primero buses, but on all regulated Lagos State buses. Commuters having some hitches in the switch should bear with us, we are working with the Lagos State to perfect it. We have some teething problems in terms of logistics since the Cowry card was introduced on Monday for Primero Transport Service across all our routes; we are sorry,” he said.

While it may be considered that commuters are facing challenges with the innovative payment system because the process is in its early days, it is also burdensome as they have to inevitably deal with the inconvenience if they decide to board BRT buses.

Speaking with Information Nigeria, Chidubem Olisa, 27, says she has moved back to boarding yellow buses (danfos) due to the inconvenience that she has experienced using the Cowry Card

“I can’t believe that I have to return to small yellow buses. Now, I’m choosing them over the BRT buses whereas I used to prefer the BRT buses because of comfort. What’s the comfort now? It’s all gone. This Cowry Card has messed things up.”

Mr Segun Babajide, 37, also told Information Nigeria that he has started boarding yellow buses as he can no longer bear the inconveniences caused by the new payment system.

“The card was supposed to be free. But it was being sold at N400. On February 2nd, the queue to get the card was so long that we waited for over five hours, from 6 am till 11 am. And we couldn’t board a bus without the card. It was so stressful. Why must we bear the brunt of every new government policy?”

Kolayo Damilola, a dentist, took to his Twitter page on March 10, 2021, to share his thoughts on the inconvenience of the Cowry Card.

“There should be an app for this BRT cowry card, not being able to check my balance or find the account till I get to a bus station makes no sense”, he tweeted.

Mr Alex Babajide said that he has started boarding yellow buses because of his experience with topping up money on the card using the Cowry Card app.

“The money I topped up using the app is stuck in the card and I can’t use it. It’s just there. I can see it but it won’t just work whenever I tap. I also tried using the app to scan the barcode beside the bus yet it didn’t work. I had to board a yellow bus.”

The Cowry Card app has also been a source of major inconvenience to BRT commuters.

Ugonma, a nurse, said that the app is not iOS-supported.

“The app does not work efficiently. It’s hard to pay by scanning the barcode on the buses with the app. It’s very frustrating. Moreover, I use an iPhone. The last time I checked, it’s only available for Android users.”

“I find it frustrating that we can’t top up our card by ourselves. We have to deal with rude BRT staff. I corrected a BRT staff for putting my Cowry card in his mouth all because he wanted to help me top up the card and he got angry”, says event planning executive, Ikechuwku.

Ibrahim Zubair took to his Twitter page on March 13, 2021, to air his challenges using the innovative Cowry Card.

“The state government should please look into the cowry card system as means of boarding the popular BRT bus. Lagosians are helpless at this point as the means which is meant to ease the Lagos transport system is causing hardship, especially for commuters who must go about their daily activities.

“The new method of payment makes it difficult for people to know their balance without having to seek the help of those that are meant to top up their card, who at times place commuters on a condition that they recharge before the balance can be checked”, he continued.

“Another case is what I believe to be system errors. A good example is being double charged after tapping in at the point of entry. I have witnessed this many times though not as a victim”, he added.

“Also many who have been using the cowry before its mandatory prerequisite to board the blue bus complained about their loss as the new card wasn’t linked with the previous account and as such, their initial balance was left unretrieved”, he wrote.

Ada, 28, says topping up the card is not her problem. The problem is how to exhaust the balance on it when she is not always fortunate to board BRT buses.

“I have enough money on my card to get to my destination but I have to board a yellow bus and spend extra money because I have been waiting for so long without any BRT buses in sight. I can’t continue to wait forever because the appointment is urgent. So, what’s the point of loading money on the card when I might not get to board the BRT bus eventually? I might as well stick to yellow buses instead of letting my money continue to waste on the card, especially in this kind of economy.”

Mr Matthew Oyedele, a Visual Artist, says although the Cowry Card is a good initiative, it becomes frustrating when more than the usual fare is deducted from his card.

“I’ve been using the Cowry card for a while and it has been a good initiative but the BRT drivers, as well as the card machines, are fast becoming annoying. Some of the buses will deduct 300 naira from your card once you tap in while some will deduct 500 naira. Why would they deduct more than the actual fare when I tap in? The actual fare for BRT is usually 300 naira but some buses would deduct 500 naira and refund your 200 naira when you tap out. It is this tapping out issue that I have a problem with.  BRT drivers would shout and scream at you to hurry up while the machine hangs as you are trying to tap out. Are they expecting one to forfeit his balance? And their shout and scream can be so annoying. The ones that deduct the actual amount are, however, less stressful.”

It appears that Matthew Oyedele is not the only one displeased with having to pay N500 for a ride of N300.

“Your buses are deliberately defrauding passengers. Distance of N300 is turning to N500. Passengers are having problems tapping out to receive their refund. If you want to increase your fare please do so but stop defrauding us. Abi why should I pay N500 from TBS to Costain? Is that not fraud? At least give me a choice don’t deceive me”, said Isabella.

A quick survey of the Cowry Card app run by Touch and Pay Technologies on Google Playstore shows that there are over 100 reviews and a 1.9 overall rating of the app.

A user identified as Sam Orexy who rated the app 1-star dropped a review on April 19 thus:

“This App deserves a Zero. I topped up my Cowry Cards (1 each for my wife & I) yesterday. We have the app installed on our phones. Can you imagine that the top-up was not reflecting on the app? I called Customer Care and I was told that the wallet balance on the app is not the same as that of the card. The annoying thing about this is that the app can read the travel history of the card & the top-up made, but you cannot access the money on the card. Connect the app & card for relevance.”

Another user who also gave a 1-star rating said: “There is a lot of work to be done concerning this app. My complaint is not only app related. No Customer Service contact details! I boarded a bus (bus number 2002) and it refused to tap me out. I ended up wasting all I loaded on the card that day.”