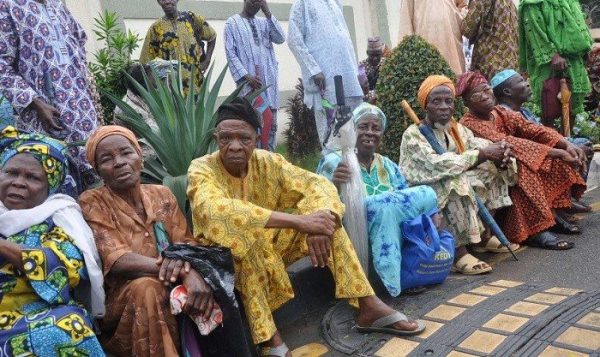 The Federal Government has announced plans to commence increased payment of pension to retirees to reflect the new minimum wage.

This follows the presidential approval for the implementation of the consequential adjustment to the pension benefits occasioned by the new minimum wage of 2019.

The payment of the new pension to retirees will commence from May, Dr Chioma Ejikeme told reporters at a briefing on Friday in Abuja, the nation’s capital.

Ejikeme is the Executive Secretary of the Pension Transitional Arrangement Directorate (PTAD) – the Federal Government agency established in August 2013 in compliance with the provisions of Section 30 sub-section (2) (a) of the Pension Reform Act (PRA) of 2004 (amended in 2014).

She noted that with the approval, PTAD would commence the upward adjustment of all pensioners’ benefits according to the approved template.

The PTAD chief also announced that the arrears would take effect from April 2019 and the agency would commence payment also in May.

According to her, the Nigeria Union of Pensioners (NUP) has no reason to protest as the issue was at the conclusive stage and PTAD will continue to work hard to improve the quality of the lives of the senior citizens.

Ejikeme, however, warned that the payment of the new pension benefits would be done as a responsibility of the government and no form of gratification would be requested.

She asked the pensioners to report anyone requesting gratification before their benefits would be paid.