A rare shoe invention has sparked huge debate among Nigerians. 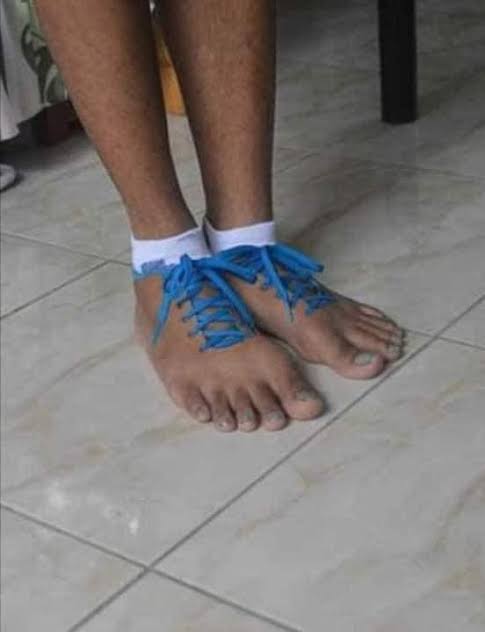 Creativity is said to involve breaking out of established patterns in order to look at things in a different way, but an unusual shoe invention has torn social media users apart.

The shoe style, in photos shared on Twitter by @LifeOfNapaul, was modeled after a human-feet.

The Twitter user expressed shock that such a shoe style exists. 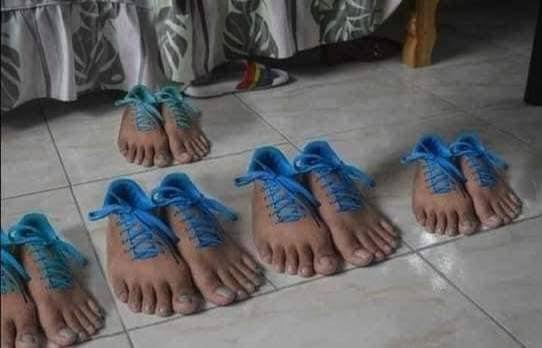 Like normal footwear, it also came in different sizes, colours and shoe packaging.

Wtf is this fgs😭 pic.twitter.com/7kKgEIvTZo

Many tweeps frowned at the footwear they described as awkward and weird. Some thought it looked scary. There were those who hilariously said it was made for Celestian faithfuls, a group of Christians in Nigeria popular for walking barefooted.

@Poshangel8 wrote: “When you thought you have seen it all then….Boom!! You open Twitter”

@Tarelayefa3 commented: “This that Air Celemax. Incorporate and umbrella and leather patch for the JW dons. Talk about inclusivity”

@Samuel4_4 reacted: “Later nah one preacher will say that we should not wear it nah leg of queen of ghost….”

@ElizabethBusari thought: “Wait o “Do they expect the toes to fit into the toes of the shoe cos not everyone has the same type of toes.”