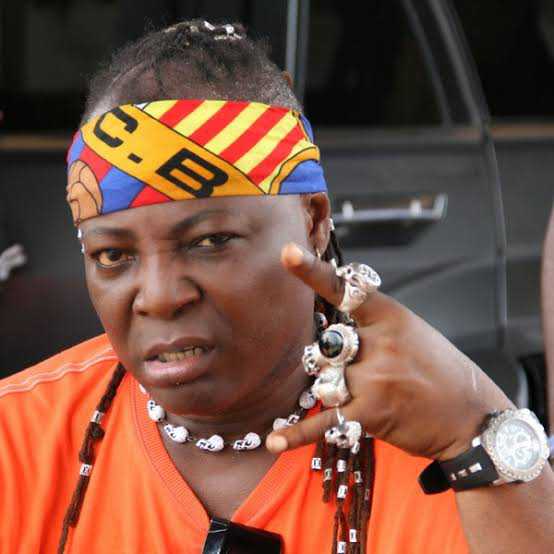 Veteran Nigerian singer, Charles Oputa, better known as Charly Boy has stated that marriage is not easy. Hence, not everyone will get married.

Taking to his Instagram page, the controversial singer and actor shares his take on marriage using his own marriage as a case study.

“Some people think say marriage na moimoi. How Dem fit know say no be everybody God create go marry. I Don swim many rivers for dis my 40sometin year marriage. Don’t for one minute think our marriage is made in heaven. It has been through Hell many times over, we still dey patch am, e still dey leak.” 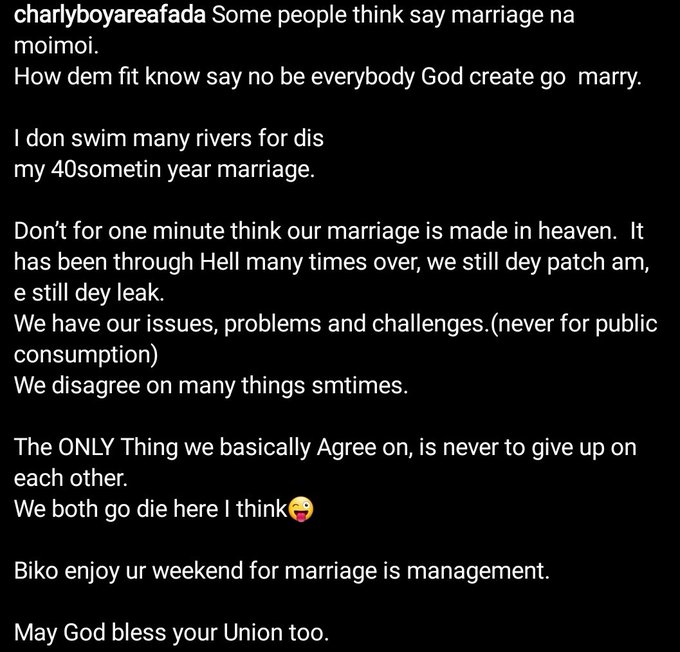