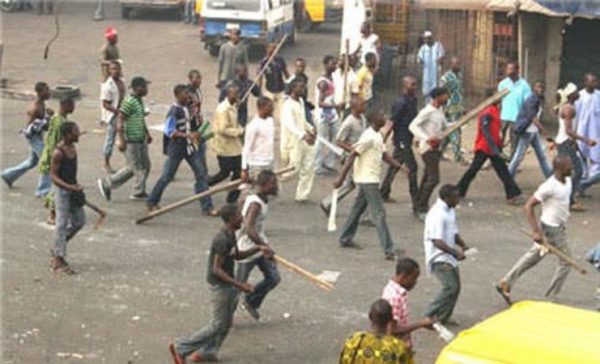 Security operatives are having tough time now trying vacate Hausa traders who barricaded Enugu-Port Harcourt expressway at the New Artisan axis of the road, according to a report just coming in from the Coal City.

“The traders wielding AK47 and other dangerous weapons were said to be having disagreement with their leaders trying to enforce the relocation order of the state government.

“Some of them were said to have armed themselves with dangerous weapons and decided to fight and disrupt the peace of the state,” according to Daily Sun.

“Government,” according to the report, “had for over a year ago gave the traders a new site and ordered them to relocate to no avail.

“It is not yet sure the number of casualties.”