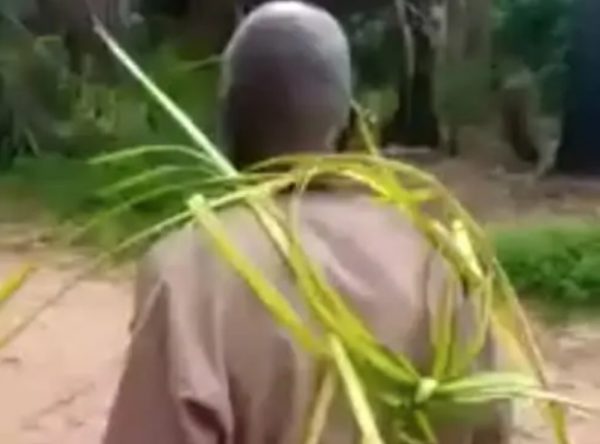 Obohia Community in Amuda Isuochi, Umunneochi LGA of Abia State has erupted in frenzy, following the banishment of a man, Mr Obioma Ubani from the community for allegedly witchcraft.

Obioma, in his late 50s, was accused of being responsible for the some evil events in Obohia, particularly the death of one Prof Chike Ubani.

Obioma was also accused of using his witchcraft powers to destroy the fortunes of some male youths, whose means of earning money he allegedly ‘blocked’.

Apart from male youths, some young girls also claimed that their suitors usually ran away, even after approaching them for marriage.

The suspect, who pleaded to be allowed to explain himself, did not get the chance as he was sent out of his village by youths, elders and women, who sang as he left the village with only a plastic bag while his body was dressed with fresh palm fronds.

The jubilating crowd prayed to God to expose more evil men in their community, even as they warned the man to remain in banishment for the next 20 years before he could be allowed back to perform land cleansing.

Meanwhile, anxiety still pervade the community as it was gathered that a few natives sympathetic to the banished Obioma were silently unhappy over the manner he was disgraced, as they saw it as a jungle justice.