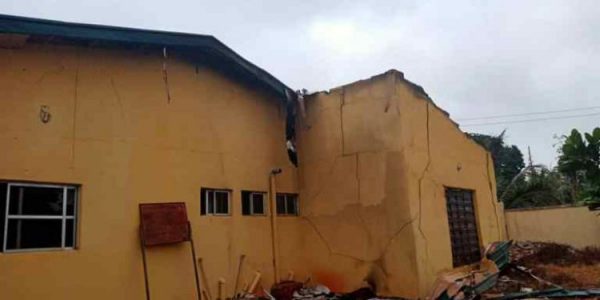 Another office of the Independent National Electoral Commission (INEC), in Ibeagwa-aka, Igboeze South Local Government Area of Enugu State has been set ablaze by unidentified persons.

The incidence which occurred at about 11pm on Sunday night brings to three the number of INEC offices so far attacked in the state in less that one month.

INEC office in Obollo-Afor in Udenu Local Government Area was first to be attacked with damages recorded.

The headquarters of the commission in the state was also attacked resulting in the burning of six vehicles before the intervention of men of the state fire service.

Enugu State Chief Fire Officer Mr. Okwudili Ohaa who confirmed the report said, “there was a fire outbreak at INEC Office, Ibagwa in Igbo-Eze South Local Government Area late last night.
“We responded promptly, the situation is under control and we have extinguished the fire.”