Nollywood actress, Iyabo Ojo has filed a defamation lawsuit against Yomi Fabiyi over his statement that she promised to kill Baba Ijesha if he is released on bail.

The movie star and entrepreneur shared the papers on her Instagram page.

In the papers, Ojo’s lawyers state that their client has been made to face public ridicule, lose out on brand deals and other endorsements because of Fabiyi’s defamatory allegations.

They also demand that a public retraction is issued by Fabiyi within 14 days of the notice else he will be liable to face legal action.

Read Also: Baba Ijesha: I Am Not Backing Down; Justice Will Be Served – Iyabo Ojo

The actress, through her lawyers, has also requested 100 million naira as damages for the public embarrassment and losses she has incurred as a result of Fabiyi’s defamatory allegations.

“Iyabo Ojo and Princess promised to kill Baba Ijesha on bail. In this era???” 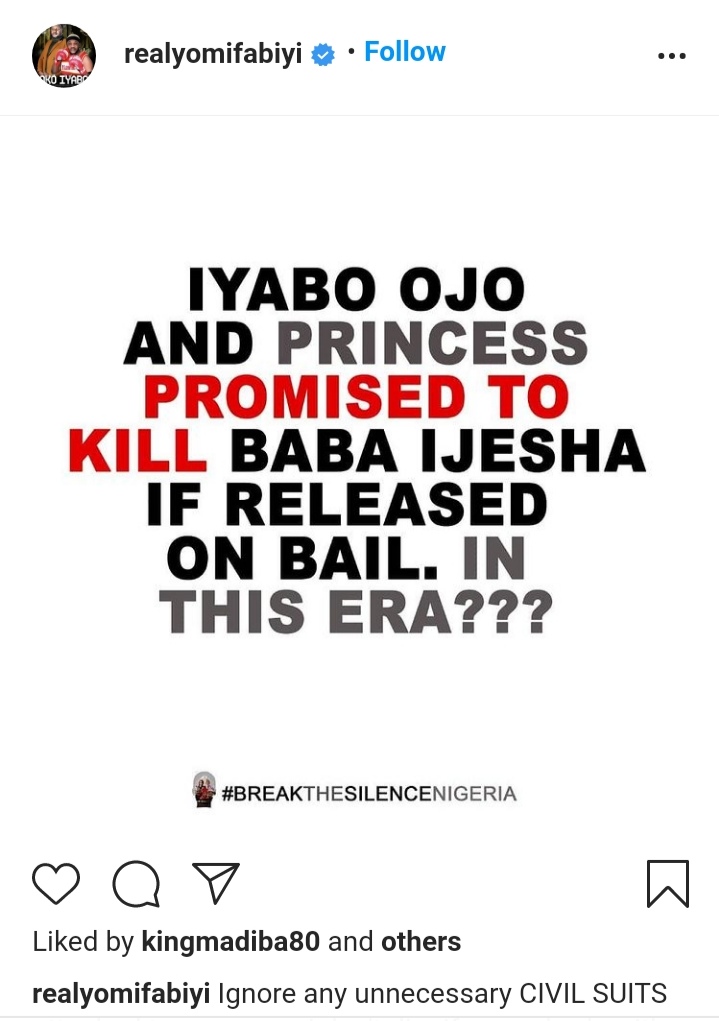 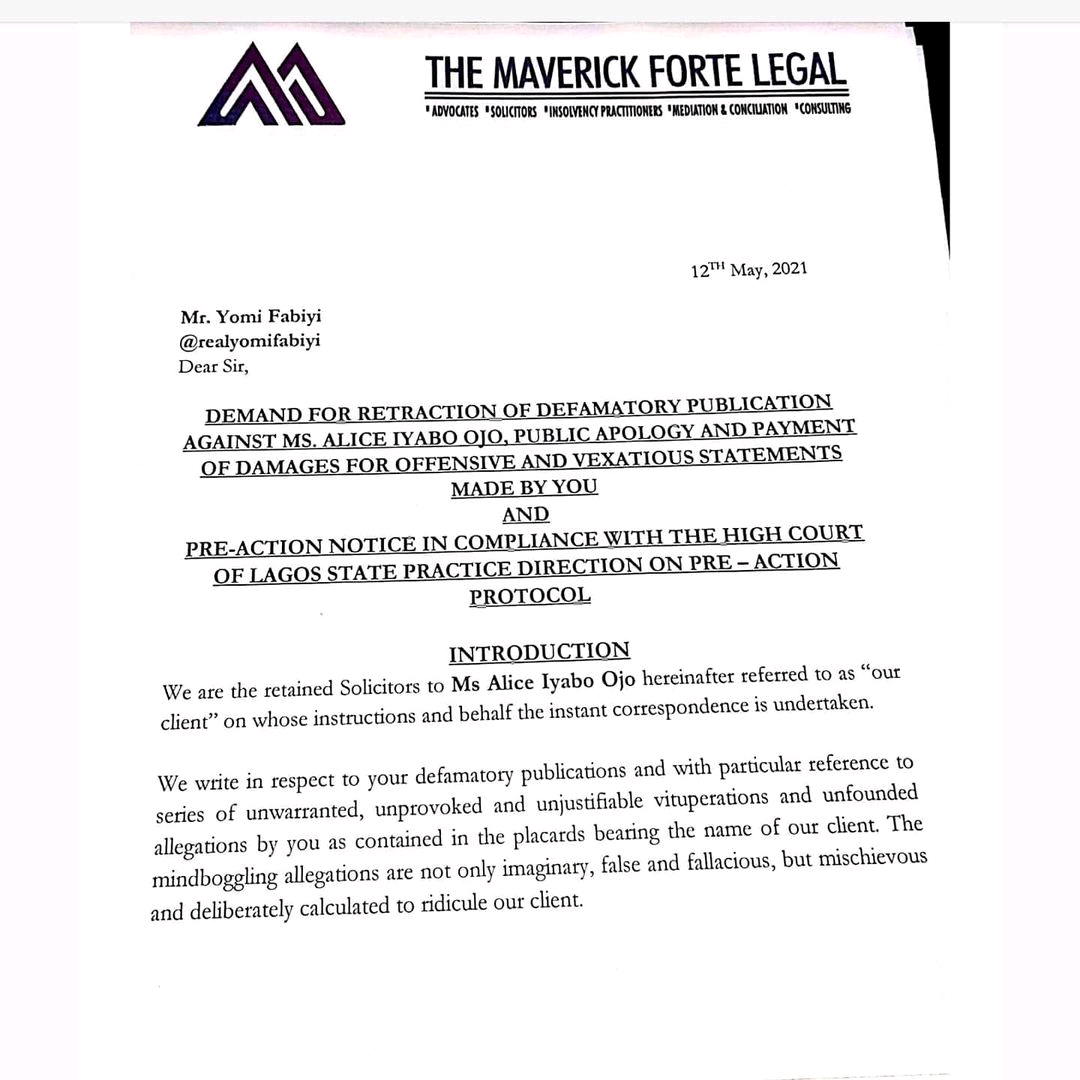 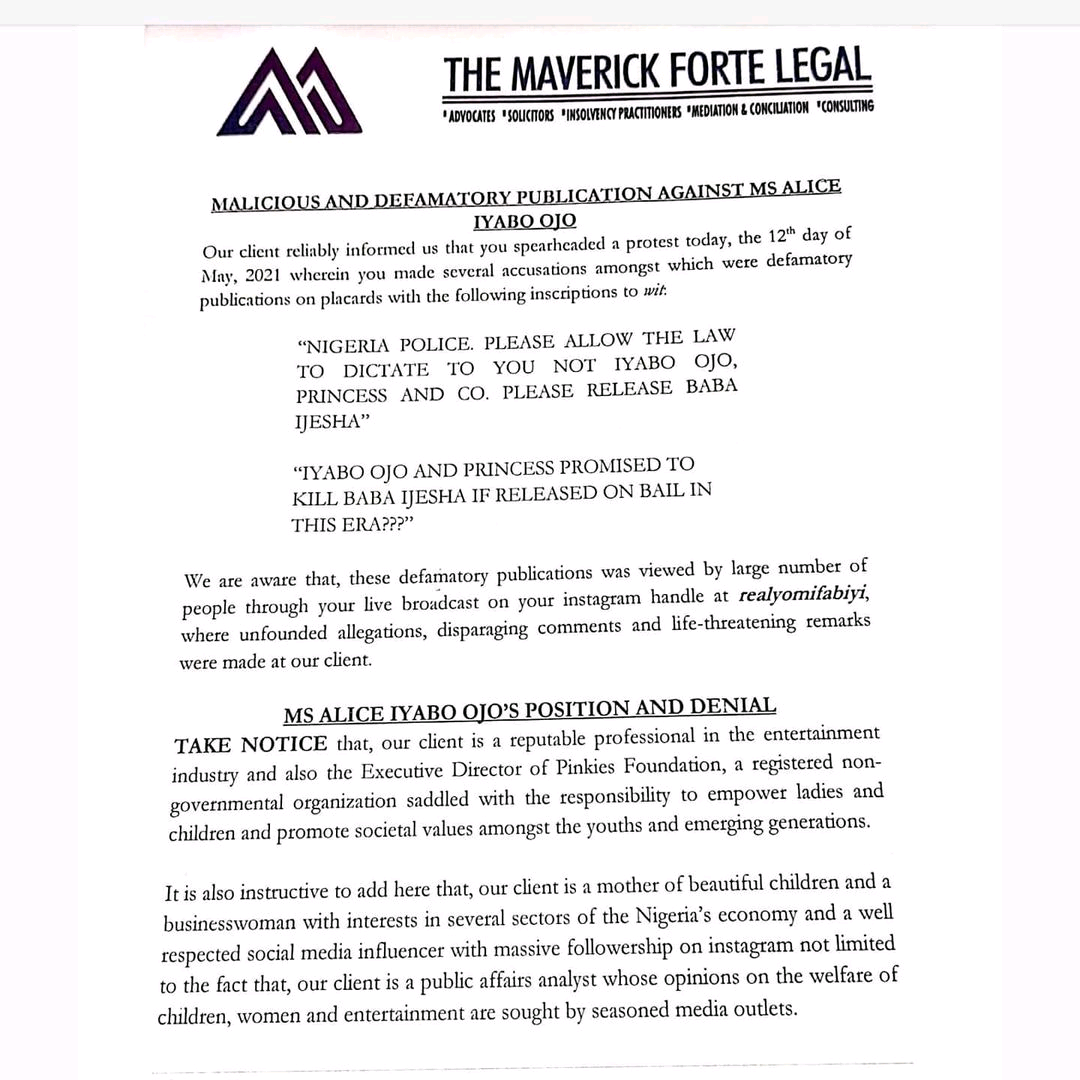 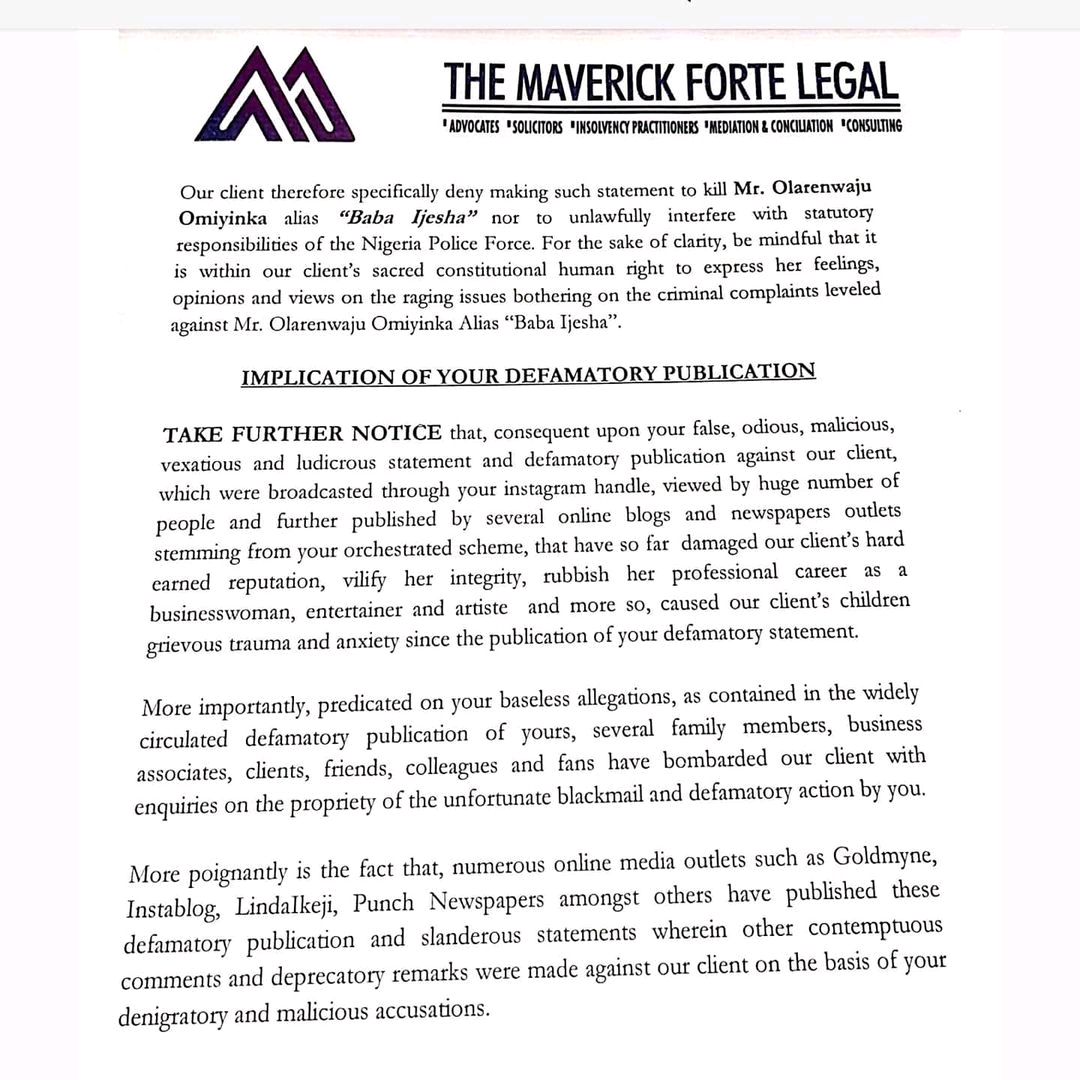 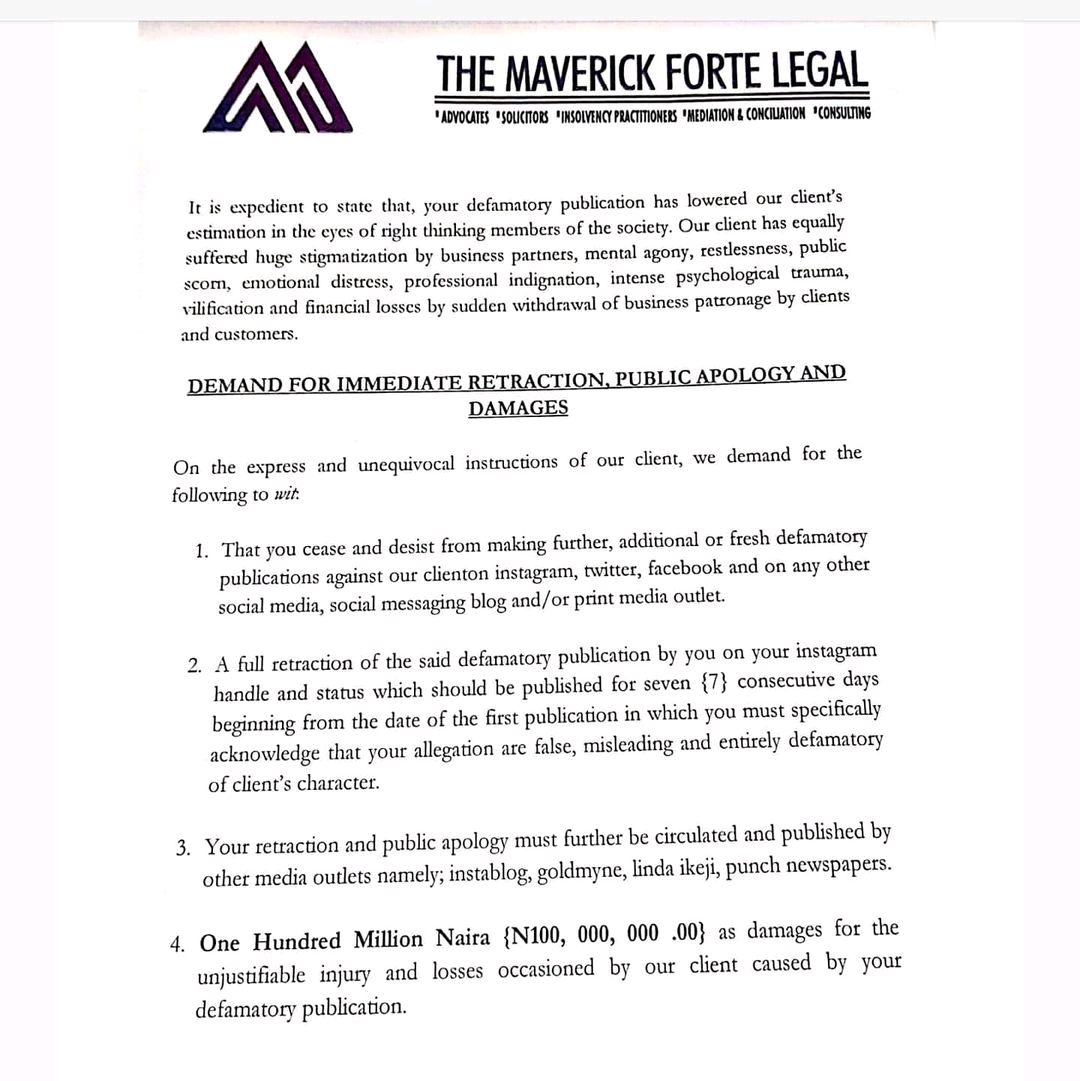 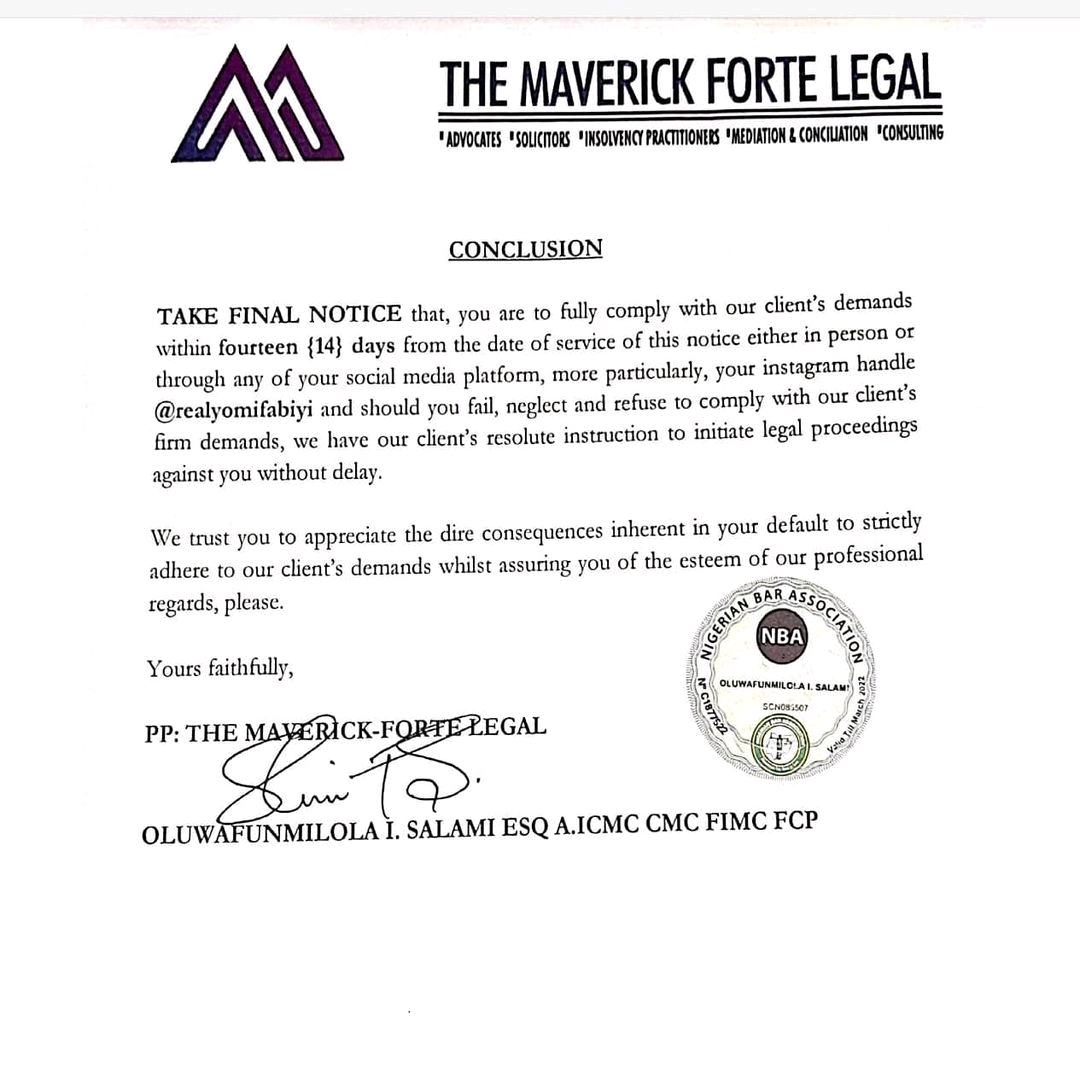