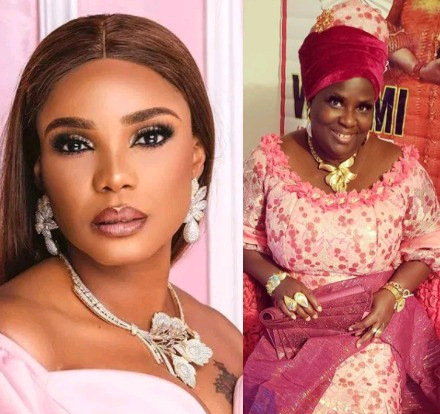 The mother of two hit back at the Germany-based actress and grandmother in a new Instagram Live video shared on her page.

Ojo said in the video that she cannot be threatened by those who have been calling her to cast a spell on her for actively speaking against Baba Ijesha.

Ojo faced Bukky Black squarely and called her a disgrace to motherhood and womanhood in general.

The 43-year-old CEO of Fespris Limited also said that it is because of people like Bukky Black that a CCTV was placed in the living room for the teenager to relive her traumatic experience all over again just to get justice.