Home Entertainment How My Husband And Doctor Tricked Me Into Keeping My Pregnancy When...
Facebook
Twitter
WhatsApp

Popular Yoruba actress, Lizzy Anjorin has opened up in a lengthy post about how her husband and doctor tricked her into keeping her pregnancy when all she really wanted was to abort and get a surrogate mother.

Taking to her Instagram page, the actress and mother of two makes the shocking revelation that she was never interested in getting pregnant within the confines of marriage.

Anjorin noted that her first pregnancy occurred when she was very young and financially unstable and the experience she had scarred her to the point of deciding never to get pregnant again even if she got married.

The actress revealed that she had the conversation with her husband and they both agreed to the option of surrogacy before their wedding.

The actress further revealed that after the wedding, her doctor initially told her that she had no eggs in her womb. She, however, noted that she was not bothered by that as she was more concerned about making enough money to escape poverty forever.

According to the actress, she later discovered that what the doctor actually meant that she was already pregnant by the time she wanted to start the surrogacy procedure.

Read Also: Why Many Men Are Suffering Today – Lizzy Anjorin

Anjorin further noted that she did not accept to have the baby despite her husband’s joy over the news. She told him that she wanted an abortion done so that the surrogacy procedure could begin and she would have enough time to focus on her business and making money.

She then revealed that her husband did not argue with her about it. On the contrary, he assured her that he would take her to the doctor for an abortion. However, he and the doctor kept on delaying the abortion process until her pregnancy grew into 5 months and her belly was already protruding. 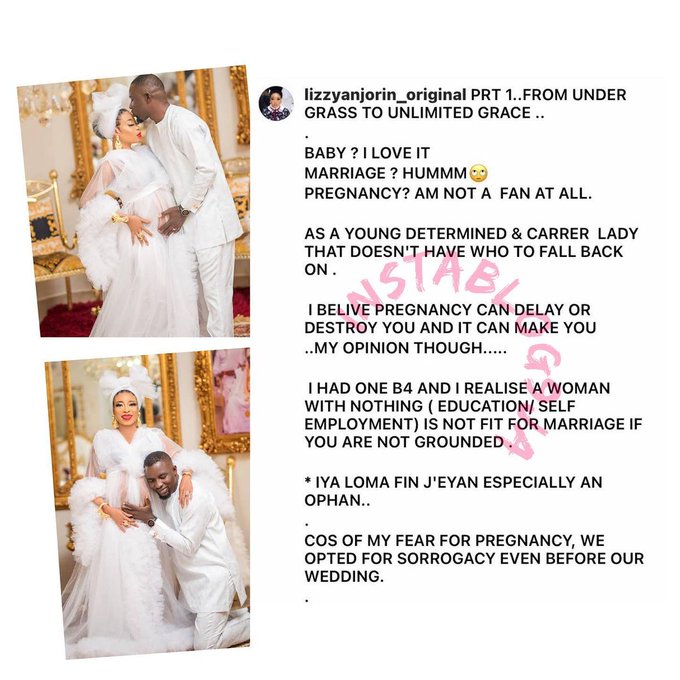 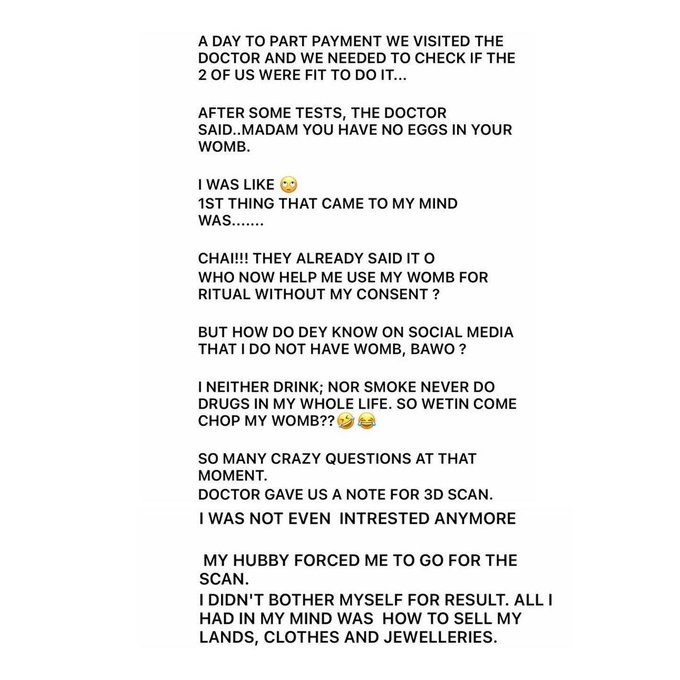 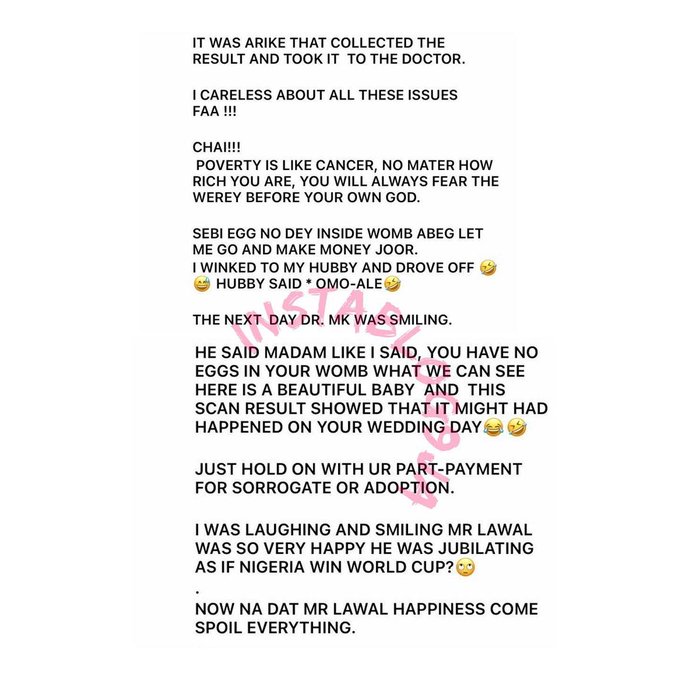 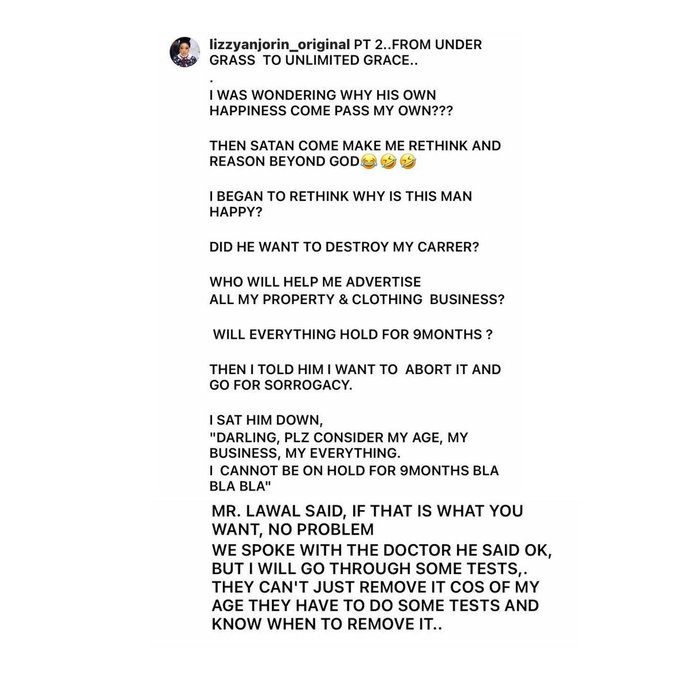 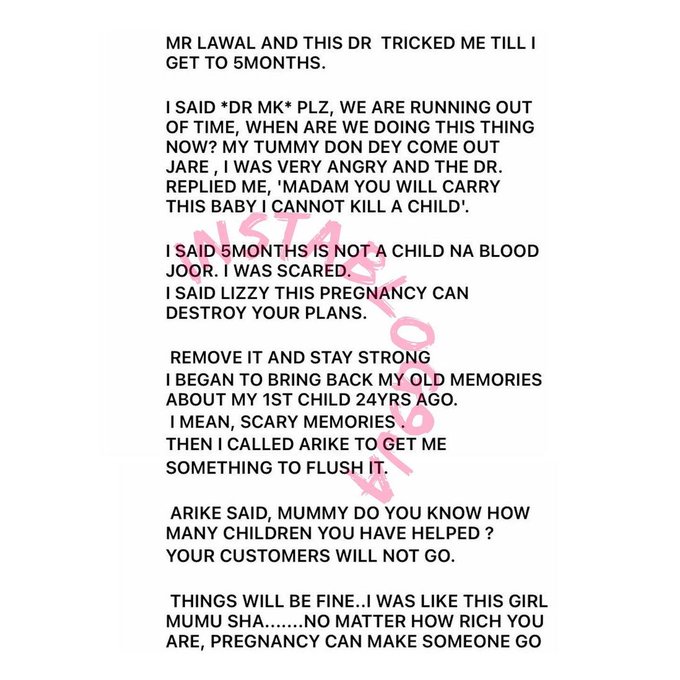 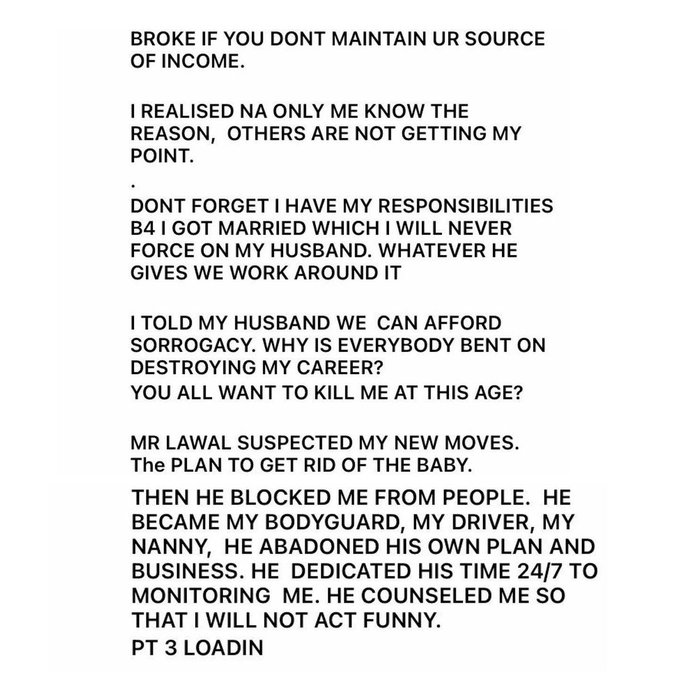 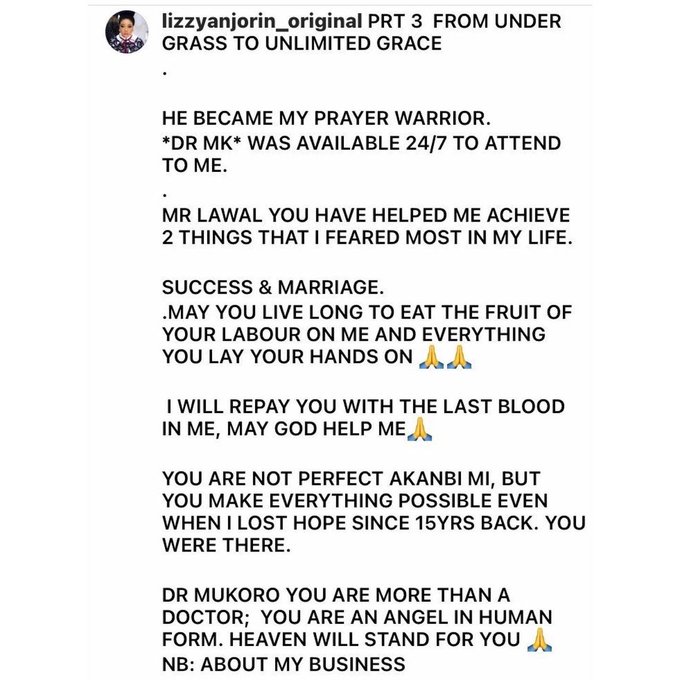 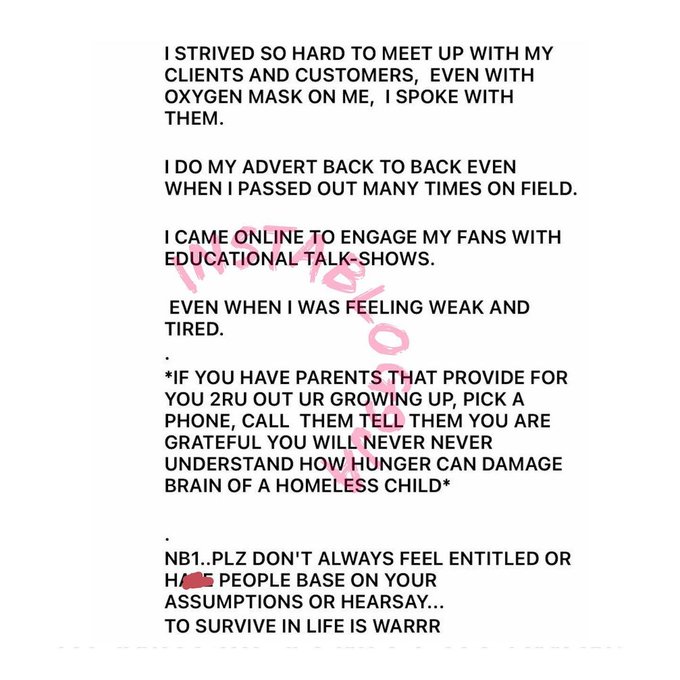 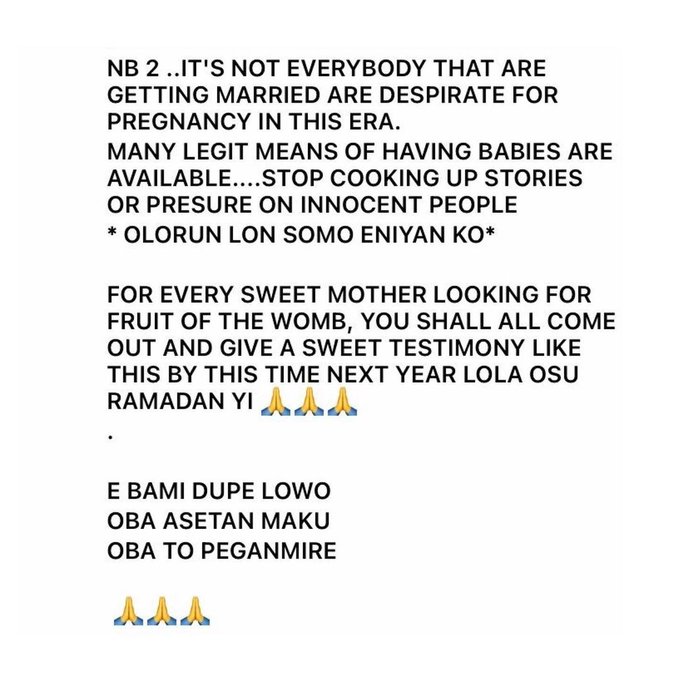