Popular media personality, Uti Nwachukwu has revealed that he will never have a baby mama.

The TV host and actor made this known via his Twitter account in reaction to the divorce of Bill Gates and Melinda Gates.

“What’s the point of getting divorced in your 60s/70s….I just don’t get it!! At that age what could possibly be the problem that cannot be resolved? This marriage thing no be scam so?”

Read Also: Cheating Is Not Enough Reason To Leave A Relationship – Uti Nwachukwu

A follower then tackled him for his statement, asking if his view on marriage is the reason he is yet to get married or have children with a baby mama.

Uti immediately fired back with a reply that reads:

“Surrogacy over baby mama. I don’t want anyone acting like witch by dragging my offsprings with me. Thank you very much” 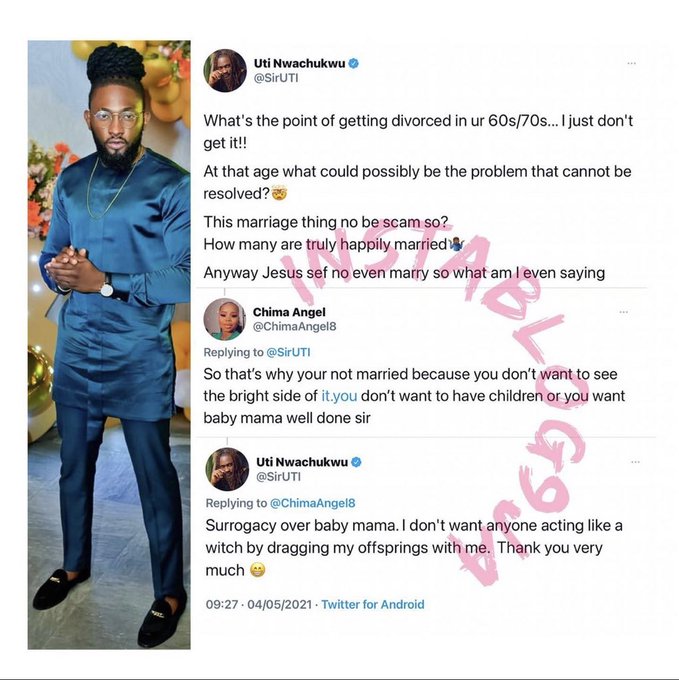