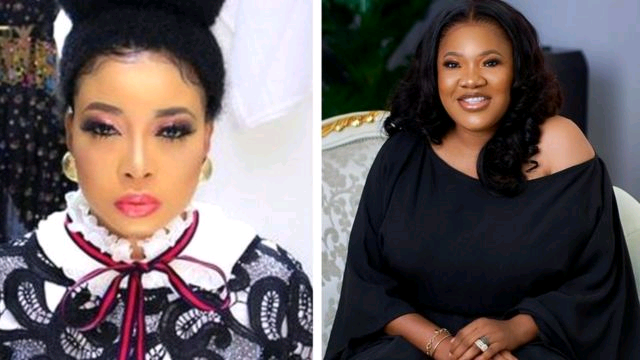 Nollywood actress, Toyin Abraham has broken her silence regarding her alleged rift with her colleague, Lizzy Anjorin.

The award winning movie star and filmmaker touched on the issue during her Instagram Live chat with her senior colleague, Iyabo Ojo.

“Everything they’ve been saying, aunty Iyabo, you know I do not even know what they are talking about. Liz is not my friend. I don’t know anything about Liz. I don’t know her. We are not friends.”

Abraham, fondly called Mummy Ire, also took a Holy Bible in her hand to swear that she knows nothing about the allegations Lizzy leveled against her.

Toyin added that she and Lizzy had settled their feud years ago at her godmother’s place. She also stated that her son is the only reason she is breaking her silence on the matter.