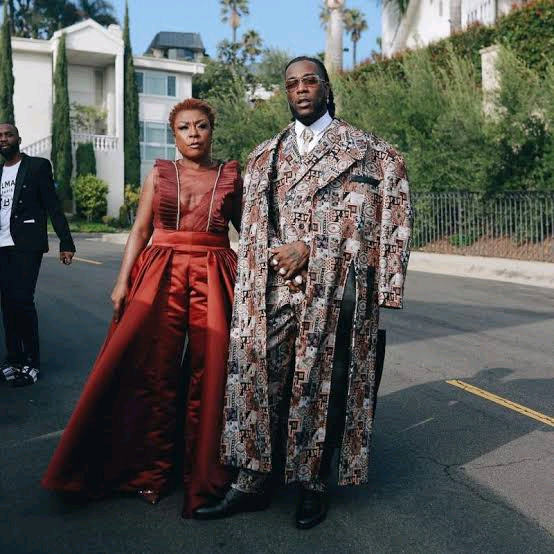 Burna Boy’s mother and manager, Bose Ogulu has revealed that she started managing the Grammy winner out of sacrifice and not ambition.

Speaking in a recent interview with Ebuka Obi Uchendu, the artist manager sheds light on how she started to manage her son and the growth of his career thus far.

“Burna Boy started in 2010 from Port Harcourt. Even before he took the name, he asked me to manage him. So, I’ve always managed him. It just wasn’t a full-time thing because I was raising kids and had bills to pay“, she said.

She added that because Burna Boy couldn’t pay her at the beginning of his career, she was not his full-time manager until in 2017 – although she admitted that she signed his first recording deal for him.