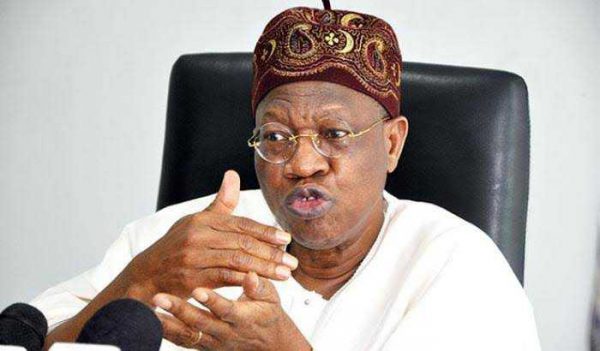 Addressing the media on Tuesday, Information Minister, Lai Mohammed made the comment in response to the statement on insecurity by the People’s Democratic Party (PDP).

“It is shocking that a party that ruled this nation for all of 16 years does not know that kidnapping and banditry are not federal offences”, he said.

The minister told the party to call out the states, including those being controlled by it, to ensure a rigorous prosecution of arrested kidnappers and bandits.

Mohammed said the PDP did not respect its own words, as it played cheap politics while playing the ostrich.

READ ALSO: Why Bandits Have Not Been Proscribed: Lai Mohammed

He noted that the opposition made wild accusations against the President and his government.

“For example, the PDP said the government has refused to engage, and that we were running a ‘government of exclusion’, and not engaging stakeholders.”

Mohammed insisted that the current administration has consistently engaged Nigerians on topical national issues, including security, the fight against corruption, terrorism, infrastructure and farmer-herder conflict.