It appears that actresses Moyo Lawal and Anita Joseph have a score to settle with each other as both movie stars got into an exchange over the baby shower held for their colleague, Uche Ogbodo.

Joseph shared photos from the surprise baby shower held for Ogbodo which she attended.

Joseph appeared not to buy Lawal’s excuse and she replied:

“Abeg Abeg you were in Lekki na, what now happened abegiiii”

Lawal did not appreciate Joseph’s underlying meaning as she replied:

“Anita you don’t know that I was in Lekki”.

Read Also: I Left A Movie Set To Have Sex With My Husband – Actress Anita Joseph

A fan then chipped in:

Moyo Lawal was determined to set the records straight so she replied:

“fake love? Because I missed a party… Is everything okay? Have you ever seen me anywhere chasing clout or doing fake love?” 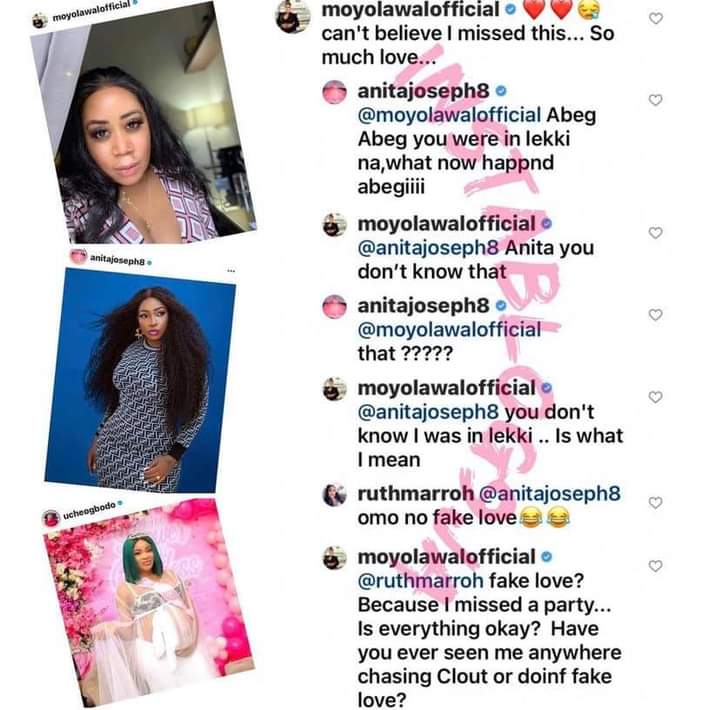