Information Nigeria earlier reported that the video uploaded by Punch Newspapers on their YouTube channel has been taken down.

Taking to Twitter on Sunday, May 2, 2021, Nigerians have shared their thoughts and opinions on the footage that has been circulating social media since its release.

“I hope with the CCTV footage evidence, all those that were defending Baba Ijesha can bury their heads in shame now“, Wale Adetona tweeted.

“All the people wanting to see the video of the teenager and Baba Ijesha, there you go. He won’t escape this“, tweeted Dipo Awojide. 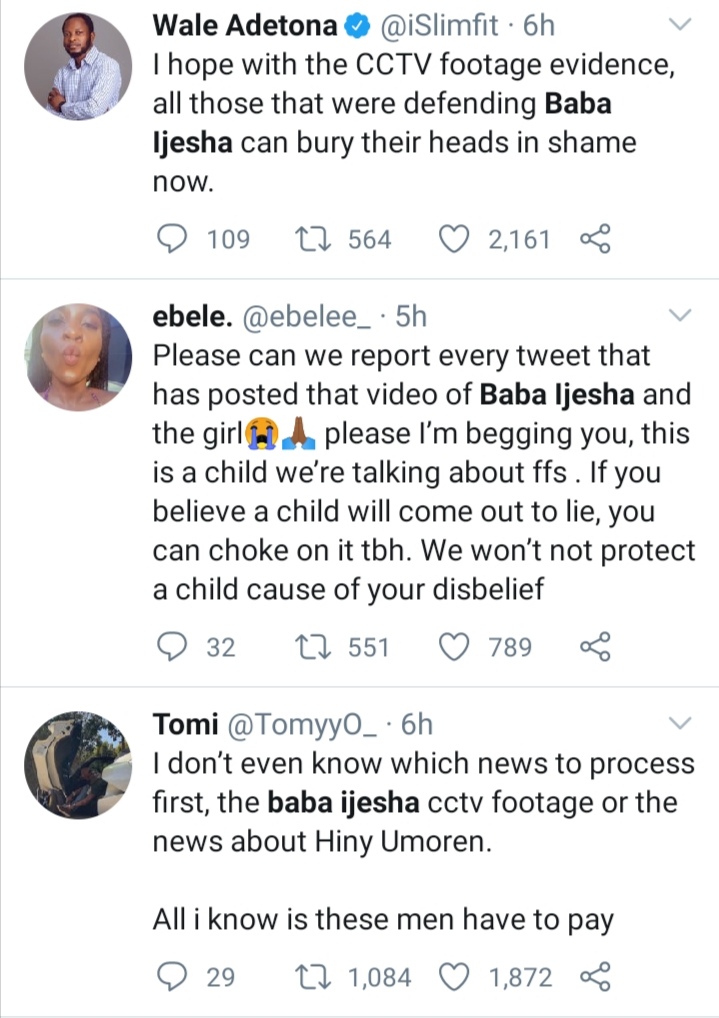 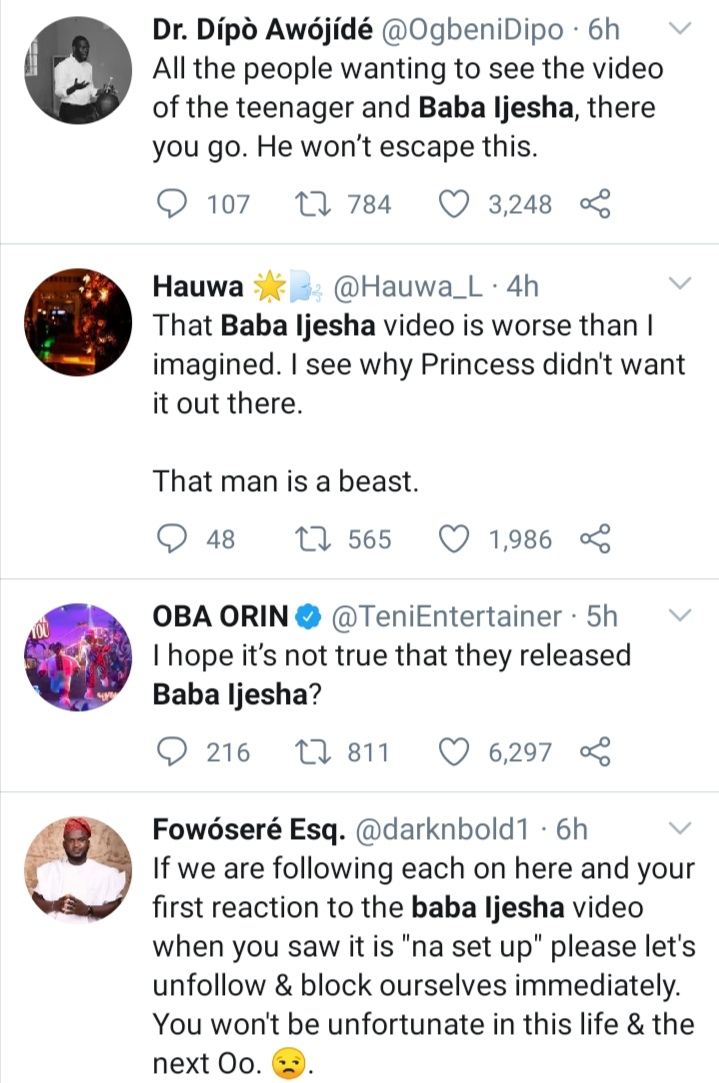