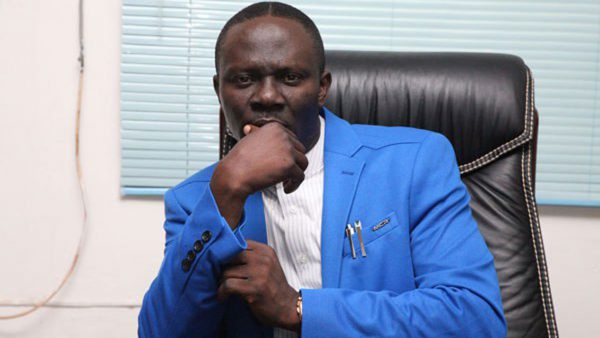 The Peoples Democratic Party (PDP) has announced the immediate expulsion of Prince Kassim Afegbua, a chieftain of the party in Edo State.

Afegbua was the spokesman of former military President, Ibrahim Babangida, who served as commissioner of information in Adams Oshiomhole’s administration in the State.

He was expelled for alleged anti-party activities in his ward before and during the Edo State governorship election held on September 19, 2020.

Afegbua’s expulsion from PDP was contained in a letter by the Edo State chairman of PDP, Dr Tony Aziegbemi, which was addressed to the PDP national chairman, Prince Uche Secondus.

The letter dated May 17, 2021 and entitled “Re: Resolution of the expulsion of Kassim Afegbua as a member of PDP”, said Afegbua failed to appear before disciplinary committees set up by the chapter of the PDP at his ward, local government area and the state levels.

Afegbua had last month petitioned the Economic Financial Crimes Commission (EFCC) and the Independent Corrupt Practices and other related offenses Commission (ICPC), demanding, among other things, the investigation of the party leadership alleged involvement in a N10billion fraud.

He had claimed that the Secondus-led National Working Committee (NWC) misappropriated the N10 billion generated during the purchase of forms for the 2019 general election.

While PDP leaderahip insistes that it generated N4.6billion, the EFCC has since invited some members of the party’s National Working Committee (NWC) over the allegation.

The letter which announced Afegbua’sexpulsion reads:

“Mr Kassim Afegbua as a member of PDP hitherto engaged in series of anti-party activities in his ward before and during Edo State Gubernatorial election of September 19, 2020.

“All attempts by his ward, Local Government Area and State Disciplinary Committees to secure his attendance at various meetings to clear himself of all allegations proved abortive.

“I hereby forward herewith to you the expulsion of Mr Kassim Afegbua as unanimously affirmed by the State Disciplinary Committee of our party in Edo State.”