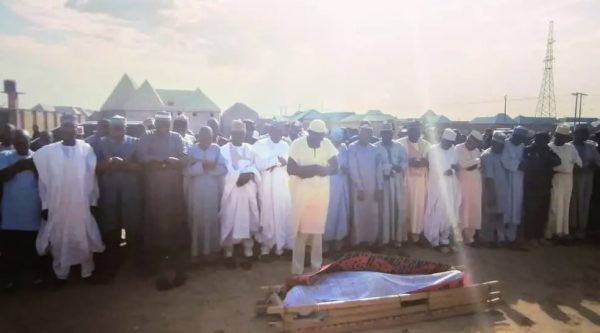 A Deputy Superintendent of Police, Abdulqadir Garba Hardo, who was shot by suspected bandits in Kebbi State is dead.

Hardo was shot in the leg by bandits while leading the Inspector General of Police Tactical Squad in a gun duel with the armed men at Tsamiya town, in Bagudo Local Government of the State.

The penultimate injury sustained from the gunshot fractured his bone and he died at a hospital in Gusau, Zamfara State on Monday.

Governor of Kebbi State, Atiku Bagudu, who sent a delegation to the burial rites of the deceased, donated a cash gift of N2 million to the family of the late DSP.

A statement by the Special Adviser to the Governor on media, Yahaya Sarki, quoted Bagudu as describing late Hardo as a gallant and courageous officer who performed his duty professionally.

The Governor prayed Allah to grant him mercy and his family the perseverance to bear the loss.

The Secretary to the State Government, Alhaji Babale Umar, who spoke on behalf of the Governor, also informed the family that the Kebbi State Chief Executive had also pledged to continue to assist the family.

READ ALSO: Abdusalami: I Have No Link with Terrorists, Bandits

The funeral prayer was conducted for the deceased at the family house and his burial followed immediately at Unguwar Gwaza cemetery, Gusau.

Late AbdulQadir Garba Hardo was born on 13th October 1979 and enrolled in the Police Force in 2012.

He left behind one wife, three children and an aged mother.