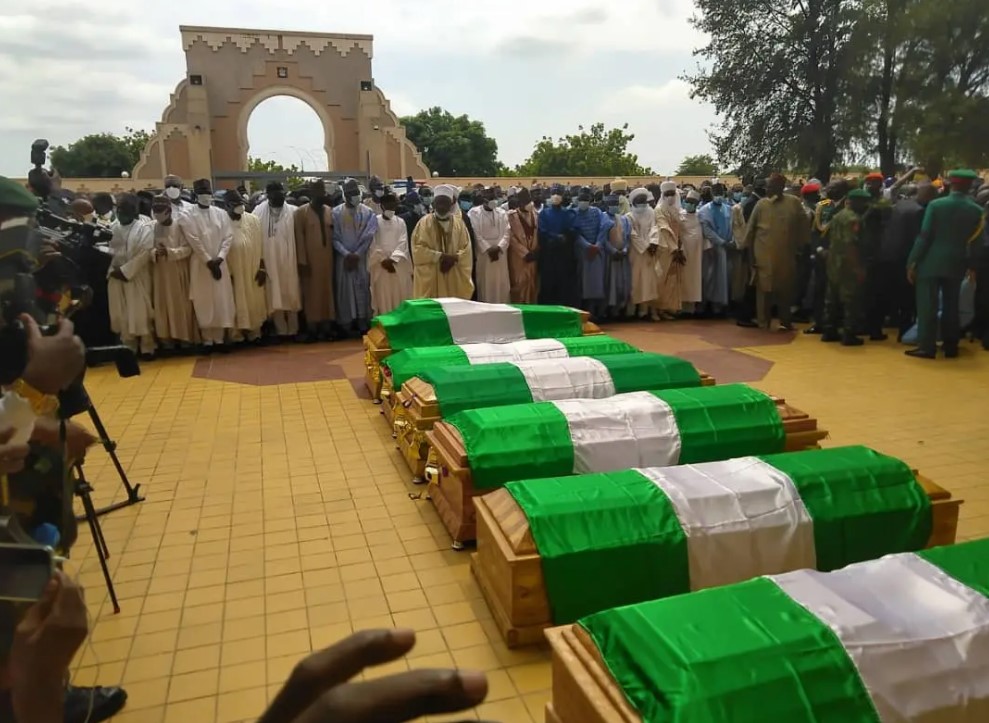 The remains of the Chief of Army Staff, Lieutenant General Ibrahim Attahiru, and other Muslim officers on Saturday arrived at the National Mosque, Abuja for Islamic rites.

The COAS and ten others died on Friday in a plane crash in Kaduna.

A funeral service is being held at the Protestant church, Airforce base, Abuja for the Christian officers while Islamic rites is held for the Muslim officers at the National Mosque.

Five ambulances conveying the bodies were received by military police officers and other dignitaries at the National Mosque for prayers.

Wives of the fallen soldiers and family members were also at the mosque wearing black outfits. The emotion-laden family members could not hold back their tears as they receive the bodies of the slain officers.