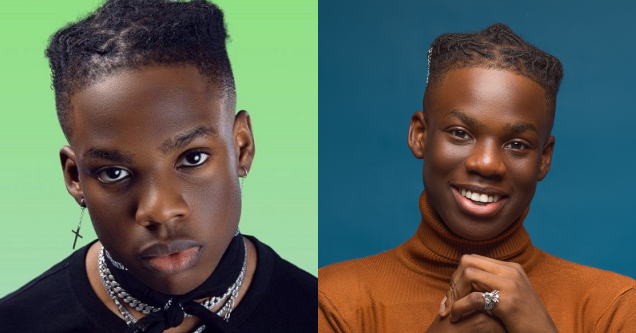 Nigerian Afro-beats music star, Divine Ikubor, professionally known as Rema, has celebrated his 21st birthday on Saturday, May 1, 2021 with series of rants on his Twitter page.

In his rants, the ‘Bounce’ crooner slammed photographers editing his pimples. He noted that he does not want to appear perfect to his fans so that they don’t bow to the pressure of getting a flawless skin at all costs.

Rema also addressed fan wars and clashes, noting that the rivalry among fanbases is unnecessary because the stars are all going to die someday and leave this world with nothing but their impact.

The singer also challenged the system that prevents producers from getting enough credit and royalties.

See his full rants below: 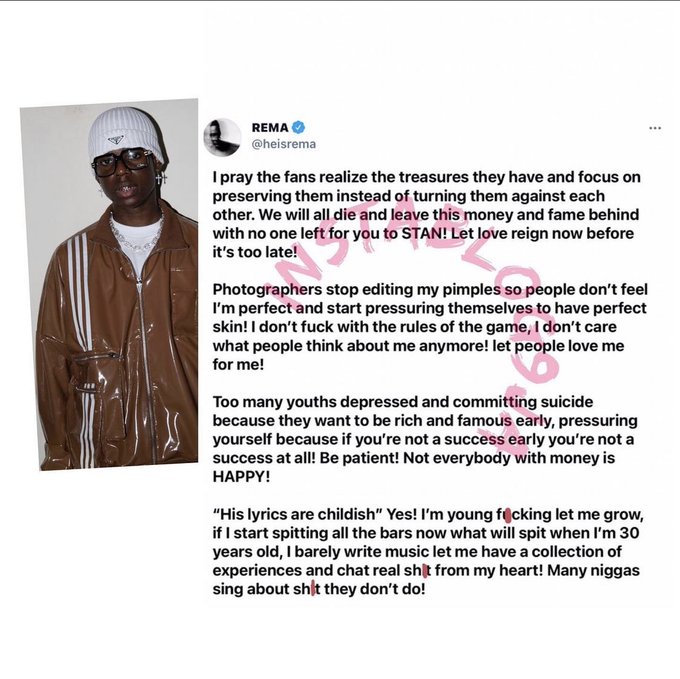 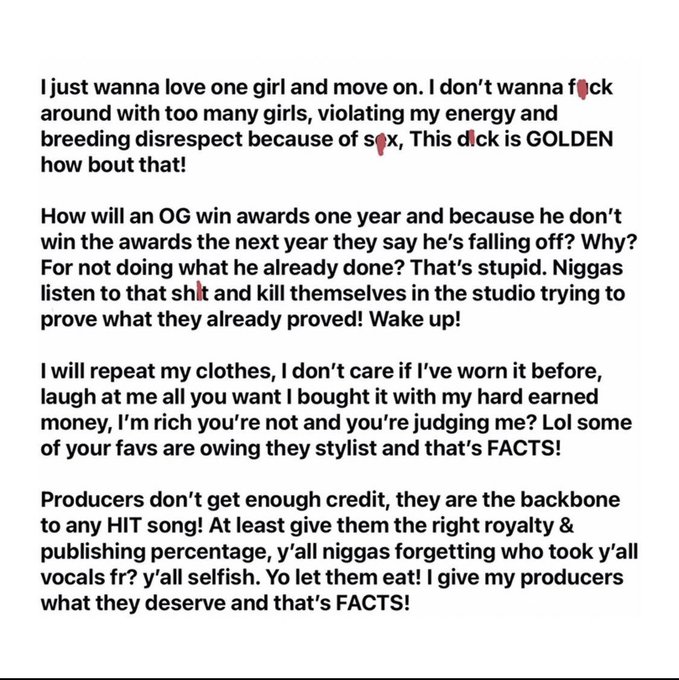