Nollywood actress, Nse Ikpe Etim has opined that there is nothing wrong with surrogacy as an alternative to having children.

Popular actress, Uche Jombo had started the conversation on her Twitter page.

“When can we start discussing surrogacy as an option in Nigeria. Without people feeling ashamed or afraid to say I used one?”

“Co-Wife, maybe when people realize that living their truth is not a weakness and sometimes choices are made just because. That is also valid. Miss ya!”

Read Also: The Sequel Of ‘King Of Boys’ Is Coming – Actress Nse Ikpe-Etim

A fan then added her bit to the conversation, asking if there’s anything wrong with surrogacy.

“Absolutely nothing wrong. IMO, I think religious and cultural beliefs have encouraged a miseducation on the idea. We have to unlearn a lot of things as a people.” 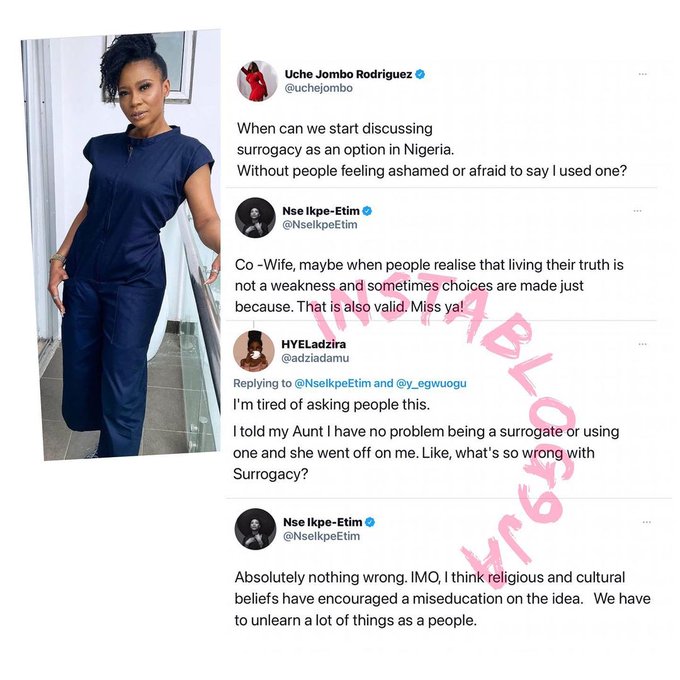