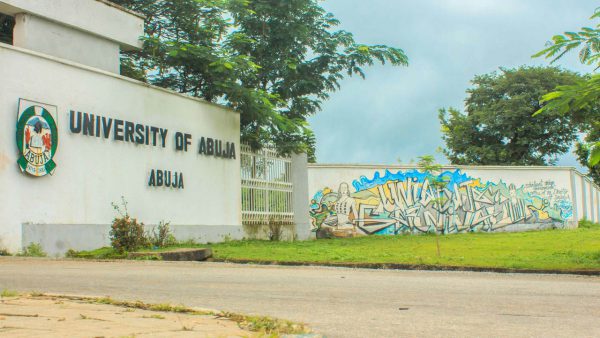 University of Abuja female students have lamented the harassment and invasion of their privacy by security men monitoring the Closed-Circuit Television (CCTV) camera in their hostels.

The students in a viral video on social media alleged that the security personnel watched some of their colleagues bath naked.

A lady in the video narrated that two students were bathing outside when security officials approached them and told them that they have been watching them from the camera.

The security men allegedly asked the female students to follow them while naked and the ladies protested that they needed to cover up with their hijabs.

The lady alleged that the security men then asked one of them to go get their hijabs and this event attracted more students to the scene. She said they had protested the invasion of their privacy to the authorities and demanded an explanation for the issue.

READ ALSO: No Attack By Bandits At UNIABUJA, Says Police

She said some armed security men came about an hour after the incident, threatened them with guns, and flogged the students, including a pregnant woman.

The student said CCTV camera was installed before they resumed in February 2020. The female student had initially expressed concern over the ‘invasion’ of their privacy by the university authorities.

The cameras, according to the student, were positioned at the entrance and corridors of the new female hostel at the institution’s main site, along Abuja airport road.