On Monday, May 10, 2021, a Twitter user identified as Thug Life tweeted thus:

“Victor AD just confirmed davido stole his record “Jowo” 🤣 according to AD; OBO heard d song after they recorded “Tire You”. He was surprised to see d song on ABT without him/his mgt consent; He said davido blocked him on Socials & threatened to ruin him. This wickedness 😪”

The user claimed his source was Hip TV and the tweet instantly became viral, with netizens sharing their different opinions on the report.

The ‘Wetin We Gain’ crooner has now laid the rumors to rest with his tweet on Tuesday afternoon.

“Omo no be me write JOWO for @davido I don’t know where all this is coming from. make una let baba celebrate him 10yrs in peace #olofofo“, he wrote. 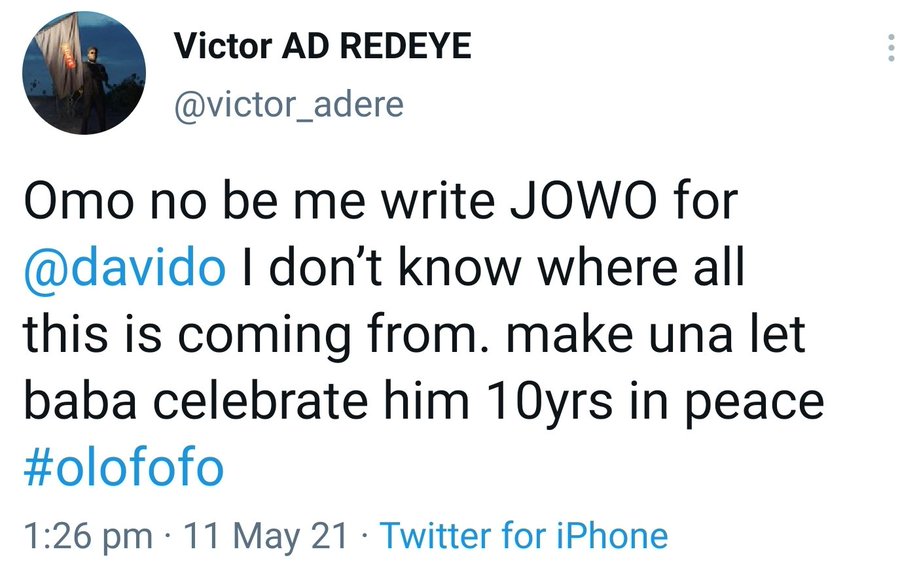 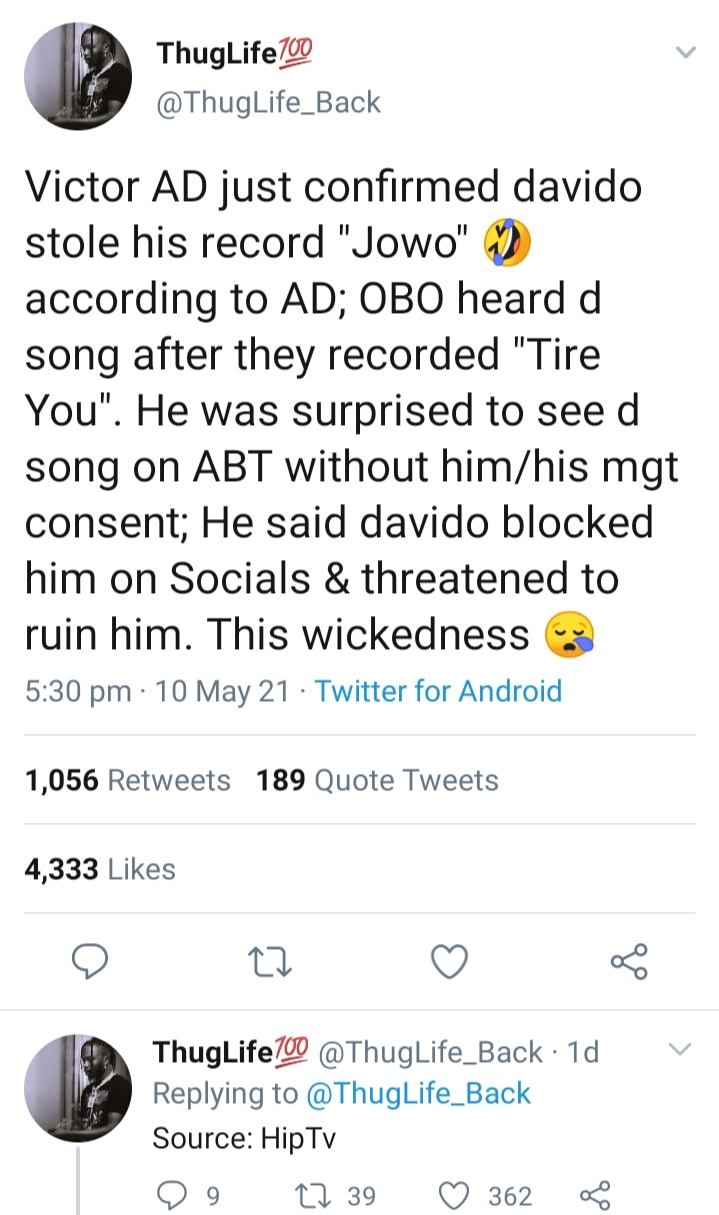