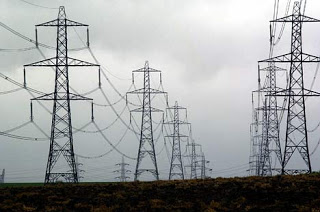 Lagos government has reaffirmed the commitment and determination of Governor Babajide Sanwo-Olu  to stabilise power supply in the state.

Commissioner for Energy and Mineral Resources, Mr. Olalere Odusote, stated this  at a press briefing to commemorate the second year of Governor Sanwo-Olu’s administration.

Speaking on why Lagosians are experiencing epileptic power supply, Odusote said: “As it is, Lagos only get 900 Mega Wats, which is less than the required numbers for the entire population of Lagos, but I can assure you that Lagos  State government is working frantically to increase the number to at least nothing less than 2,000MW. You know the more Mega Wats, the more electricity for Lagosians.”

According to him, the electricity policy when it becomes functional and fully implemented, would also accelerate the “Light-up Lagos” power programme which the state government had embarked upon.

On the governor’s commitment and determination on affordable power supply, the commissioner disclosed that soon the state government would begin the installation of 20,000 prepaid energy meters to five low-income communities in the state.

He said the prepaid meters would be deployed before the end of the year.