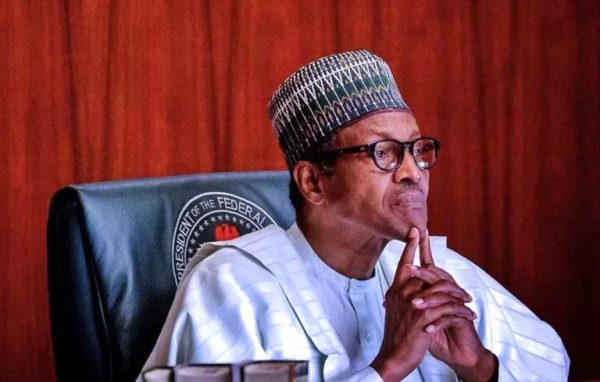 A group under the aegis of #IstandwithBuhari# Movement has said President Muhammadu Buhari will not bow to evil forces sponsoring and perpetrating evil to compel him to throw in the towel before the expiration of his tenure in 2023.

Addressing a press conference on Thursday at the Yar’adua Centre in Abuja, leader of the group, Ifeanyi Nonso, who was flanked by other leaders of the group, claimed that some top politicians were behind the spate of killings and worsening insecurity in the country.

He said some political bigwigs in the country were sabotaging government efforts at addressing the security challenges bedevilling the nation, adding that they would soon be exposed.

“It is important to state it here right now, categorically and without any iota of doubt that the administration of President Muhammadu Buhari cannot be subdued, threatened or terminated until he officially hands over power in 2023.

“Anybody or group of persons, no matter who they are, who believe they can use terror, chaos and destruction to achieve their sinister agenda should know that they will have to deal with 25 million Nigerians who willingly, fanatically and emphatically voted President Buhari into office and will rather die than see anything happen to him or his administration.

“What is happening in Nigeria today is manmade, all because of greed to create panic and destabilise Nigeria which is why #Istandwithbuhari wishes to make the following declaration: