Nollywood actress, Dorcas Shola Fapson, has denied rumors that she is sleeping with her bestie and colleague, Timini Egbuson.

The actress who is best friends with Timini took to her Instagram Stories to address the allegations.

The rumors were heightened when she organized a surprise party for him on his birthday which Timini acknowledged on his Instagram page.

Read Also: Nigeria is a dangerous place, I hate being called a celebrity – Dorcas Shola-Fapson

A video of the duo lying on the same bed together discussing about rich men versus broke men further fuelled the rumors.

“The fact that you guys can’t understand a man & woman being best friends without sleeping with each other just shows you have NO self control. I wonder if we would have this issue if we were both ugly??” 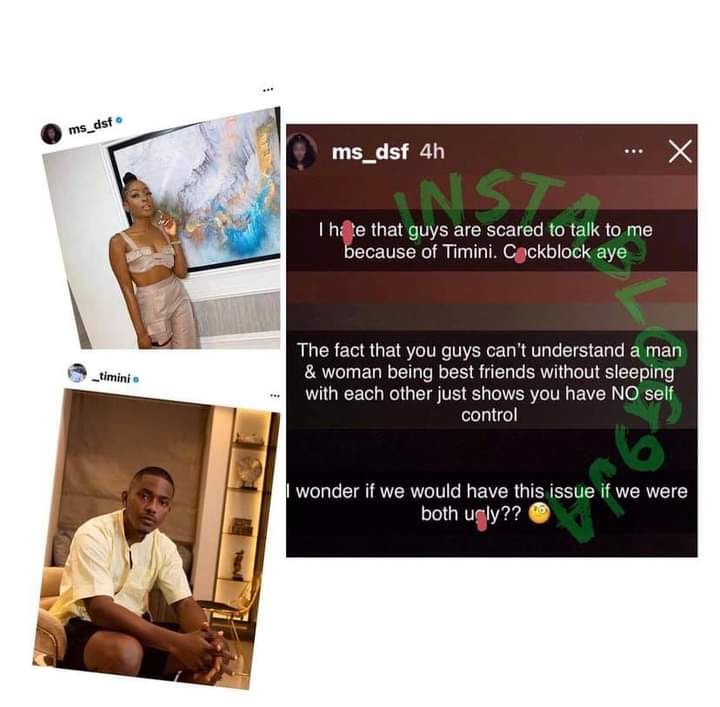