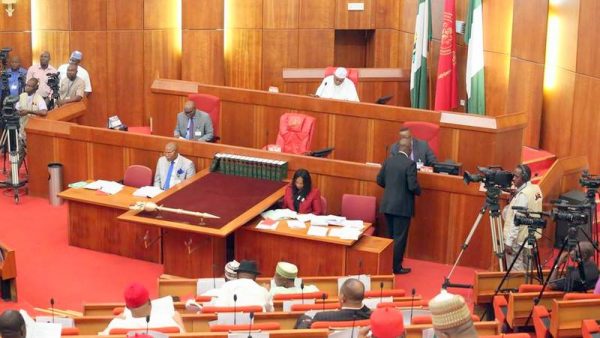 President Muhammadu Buhari had on Tuesday transmitted the document to the National Assembly for consideration and approval.

Senate President Ahmad Lawan referred the Bill to the Senate Committee on Appropriations for further legislative work and to report back on Tuesday next week.

Information Nigeria recalls rain had on Tuesday disrupted activities at the Senate hallowed Chamber following the heavy leaking of the roof. With the development, Senators who were already at the chamber were forced to come outside, discussing in groups.

Some Senators who came later while the place was filled with water, had to go through the House of Representatives.