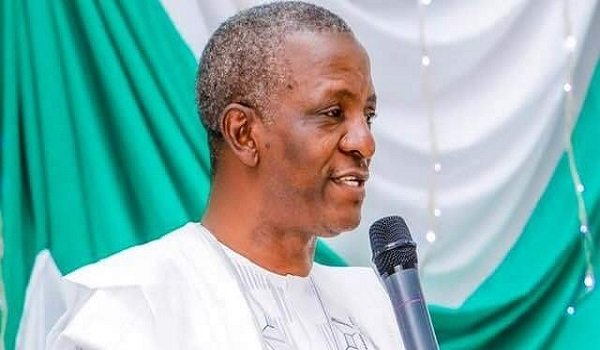 The Plateau chapter of the All Progressives Congress (APC) has suspended Chief Letep Dabang, its Caretaker Chairman, for alleged anti-party activities.

This is contained in a letter of suspension given to Dabang signed by Sen. John Akpanudoedehe, Secretary, Caretaker/Extraordinary Convention Planning Committee on Friday in Jos.

“The Party is in receipt of a correspondence suspending you from office as the State Caretaker Chairman of Plateau chapter of our party, over anti-party activities.

“The information of your suspension is contained in a document endorsed by a good number of members of the State Executive Committee, of which the Executive Govemor of your state, equally serves as a member, cannot be ignored.

“Therefore, in line with the posture of transparency of the Caretaker/Extraordinary Convention Planning Committee (CECPC), the National Chairman H.E. (Hon) Mal Mala Buni, has authorized the constitution of a 3-Man Fact Finding Committee.

“The committee is to look into the allegations as averred, with a view to determine the veracity or otherwise of the claims.

READ ALSO: APC Will Decide Next President, Not Me — Buhari

“In the circumstance, you are to step aside from your position as state caretaker chairman.

“The Deputy State Caretaker Chairman will act in your stead, pending the conclusion of the findings of the committee,” the letter said.

Akpanudoedehe urged the suspended chairman to count on the fairness and good conscience of the CECPC on this endeavour.