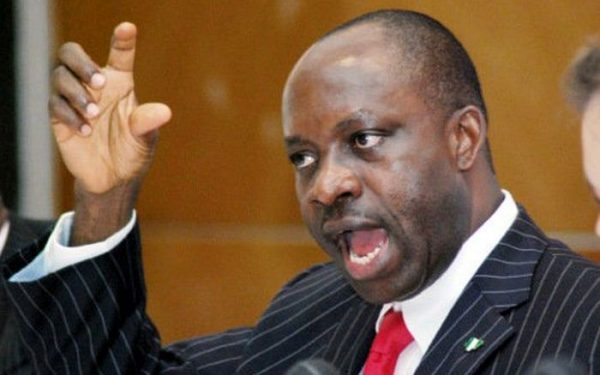 The crisis rocking the All Progressives Grand Alliance (APGA) has deepened as the National Executive Committee (NEC) under the Jude Okeke-led faction has suspended Prof. Chukwuma Soludo.

Soludo, a former governor of Central Bank of Nigeria (CBN), is one of the governorship aspirants of the November 6, 2021 governorship election in Anambra State.

Soludo was suspended on Wednesday, over alleged anti-party activities.

Addressing newsmen in Abuja, the Acting National Publicity Secretary of the party, Comrade Ikechukwu Chukwunyere, said, “The party is ready for the July 1 primary election and the winner will lead APGA to victory at the November 6, 2021 governorship election.”

The Okeke-led faction described the governorship primary election held in Awka, the Anambra state capital, by the Victor Oye-led faction as a sham and effort in futility.

“The NWC of APGA has resolved to suspend former governor of Central Bank of Nigeria and governorship aspirant, Prof. Chukwuma Soludo from the party for anti-party activities,” he said.